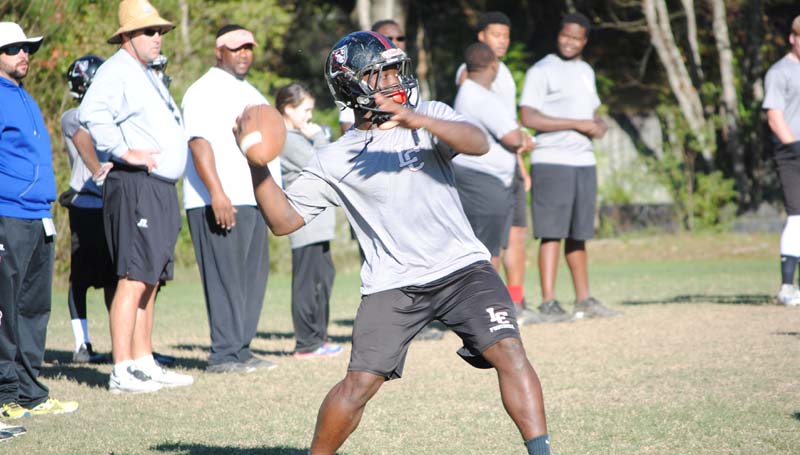 What a year it has been for head coach Jaymie Palmer and his Lawrence County Cougars.

Just one year after Palmer returned to his old high school stomping grounds, the Cougars have returned to the South State Championship for the second time in Lawrence County’s 29-year football history.

“When I took over the program last season, our guys just wanted to win and we almost made the playoffs, but we missed out due to tiebreaker situations. After finding out we did not make the playoffs, the guys returned to weight room to grow stronger, faster and wiser as a team,” said Palmer. “These young men have worked hard to get to this point. Everyone believes in each other and we believe that we can win.”

Palmer knows what it takes to get his players to believe in themselves and playing for championships – he helped coach Brookhaven High to state championships in baseball and football. 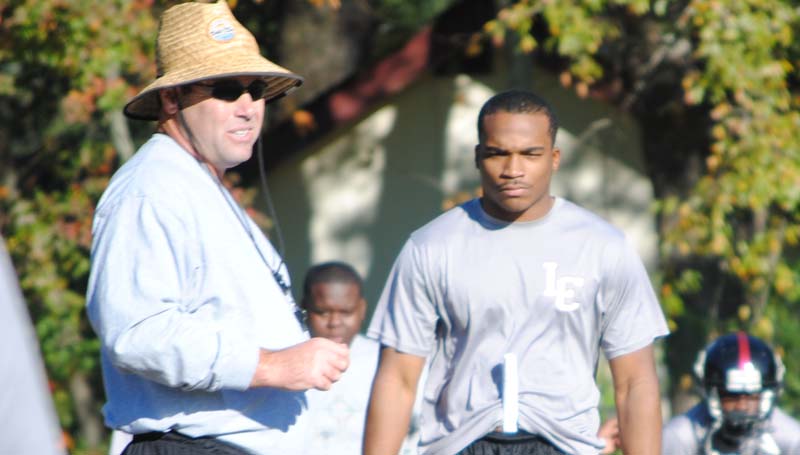 Tonight, the Cougars (13-1, 5-0) will host the St. Stanislaus Rock-a-Chaws for the Class 4A South State Championship in Monticello.

“St. Stanislaus will bring a fast-paced-hurry up-no huddle offense,” Palmer said. “They will pass the ball about 78 percent of the time and they are big at the line of scrimmage.”

The Rock-a-Chaws (10-3, 5-0), coached by Bill Conides, are no strangers to the South State Championship as they have finished runners-up for the state championship the past two seasons.

This season, St. Stanislaus eliminated Quitman 47-20 in the first round, Poplarville 33-21 in the second round and knocked off Moss Point 44-20 in the third round.

St. Stanislaus is a pass-oriented team. Junior quarterback Myles Brennan has a cannon for an arm. He has completed 255-of-405 passes for 4,430 yards, 44 touchdowns and six interceptions on the season.

Sophomore running back Cahill Marlowe is the Rock-a-Chaws’ top rusher with 735 yards on 136 carries. Brennan is the second leading rusher on the season with 414 yards on 55 carries. Andrew Trapani has contributed 244 yards rushing on 55 carries.

Chase Rogers is one of Brennan’s primary targets, catching 71 passes for 1,330 yards on the season. Owen Betz is the second leading receiver with 796 yards on 33 catches. Darius Pittman has 757 yards on 45 catches and Corbin Blanchard caught 44 passes for 663 yards.

The Cougars (13-1)  are riding a 12-game winning streak as they have stormed through the playoffs eliminating Columbia 40-21 in the opening round, East Central 26-20 in double overtime in the second round and Vancleave 35-21 in the third round.

The Cougars have a well-balanced offensive attack against their opponents.

Junior quarterback Charl’Tez Nunnery has thrown for 1,252 yards on season, completing 69-of-145 passes for 12 touchdowns. He is also the second leading rusher with 894 yards on 173 carries.

Junior runningback Quitten Brown is Lawrence County’s workhorse on the ground as he has rushed for 1,808 yards on 229 carries. Senior T-Tez Cole is also one of the Cougars’ top rushers on the season with 642 yards on 78 carries.

At the receiving corps, Brown led the Cougars with 326 yards on 13 catches. Marcus Atterberry has 262 yards on 18 catches. Cole has caught 16 passes for 260 yards on the season.

Defensively, T-Tez Cole is having a monstrous season as he leads the team with 187 tackles. Junior linebacker Azar Myles follows Cole with 128 tackles on the season.