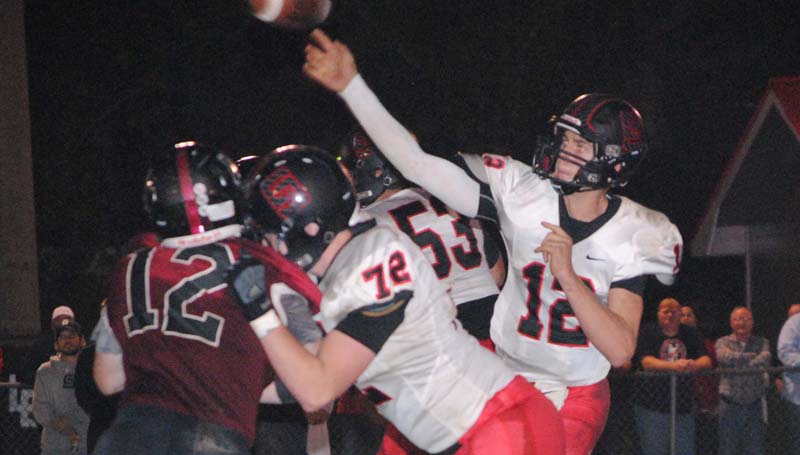 Rock-a-Chaws junior quarterback Myles Brennan showed off his arm as he picked apart Lawrence County’s defense, completing 29-of-48 passes for 547 yards and seven touchdowns. He also used his legs to earn 48 rushing yards and had one rushing touchdown.

“This was an exciting game for both teams,” said St. Stanislaus coach Bill Conides. “We knew coming in that Lawrence County had an extremely talented and well-coached team. Our game plan entering into the game was to spread the field and keep Lawrence County on their heels.

“Myles Brennan had an outstanding game for us,” said Conides. “Overall, I was very pleased with our effort, but our job is not done.”

Lawrence County elected to receive the ball on the opening kickoff after winning the coin-toss to set the tone early. After two quick plays, the Cougars jumped on the Rock-a-Chaws with a 57-yard rushing touchdown by Quitten Brown with 11:03 remaining. Josh Stephens was successful on the extra point and finished the night two-of-three on the PATs. 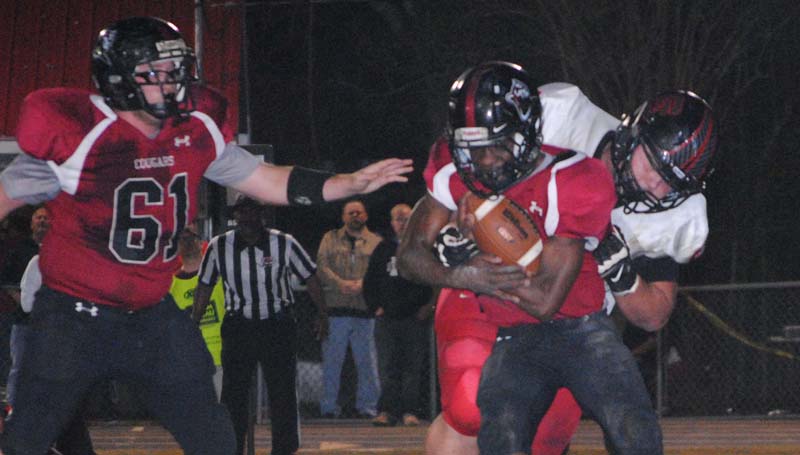 The Cougars’ defense responded with a strong effort for the next seven minutes of the contest as they stopped St. Stanislaus’ high-powered offense, until 3:34 left, when the Rock-a-Chaws managed to tie the game on a 52-yard touchdown pass from Brennan to Owen Betz.

With the game tied 7-7, St. Stanislaus responded with two more quick touchdowns to finish the first period to claim a 21-7 advantage. Brennan connected with Corbin Blanchard on a 55-yard touchdown strike with 1:43 left.

The Rock-a-Chaws’ defense also got into the scoring action as Mason Favre blocked Lawrence County’s punt and recovered it in the endzone for a touchdown as time expired. Favre was also successful on the extra point kick and finished the night eight-of-nine on the PATs. 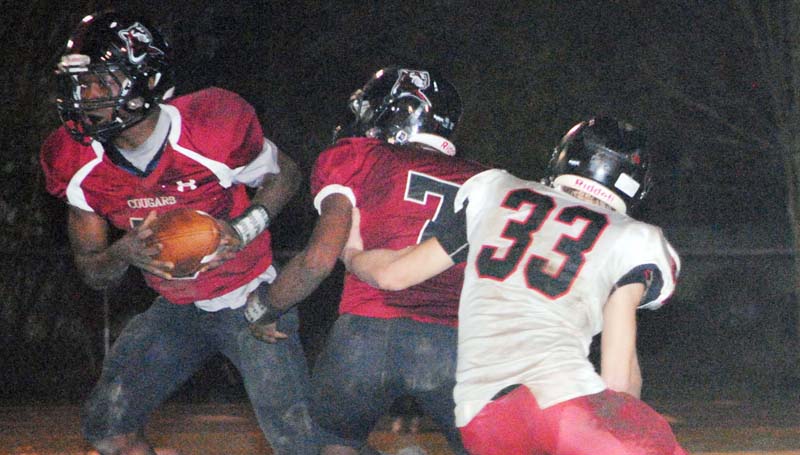 In the second period, both teams came out swinging, scoring 21-points apiece as the Cougars’ defense started the seesaw-scoring onslaught. Kejuan Brown came up with a huge interception with 4:57 remaining and returned it 55 yards to paydirt to cut into St. Stanislaus lead at 21-13.

The Rock-a-Chaws answered with a quick 63-yard touchdown strike from Brennan to Betz with 4:06 left.

The Cougars answered on the following play as Quitten Brown broke free to sprint in a 65-yard rushing touchdown with 3:51 left. After a successful two-point conversion run by junior quarterback Charl’Tez Nunnery, the Cougars trailed 28-21.

The Rock-a-Chaws responded with another quick touchdown to keep a 14-point point lead as Brennan hit Blanchard for an eight-yard touchdown with 2:05 left.

Lawrence County refused to go away and answered with a trick play when junior running back Quitten Brown threw a 44-yard pass to quarterback Charl’Tez Nunnery for a touchdown with 1:00 left. St. Stanislaus led 35-28.

The Rock-a-Chaws nursed a seven-point lead in the closing seconds of the first half, and answered LCHS’ challenge with another quick touchdown strike to push their lead to 42-28 on a 12-yard pass from Brennan to Chase Rogers as the half ended.

In the second half, the Rock-a-Chaws continued their aerial attack as Brennan hit Darius Pittman for a 49-yard touchdown with 7:40 left in the third quarter.

After stopping the Cougars, the Rock-a-Chaws put together several rushing plays to run down the clock before Brennan cashed in his seventh touchdown of the night on a one-yard quarterback sneak with 3:54 left.

Before the conclusion of the third period, St. Stanislaus punched in its final touchdown of the game on a three-yard pass from Brennan to Rogers with 30 seconds left.

“St. Stanislaus has an really good team,” said Lawrence County coach Jaymie Palmer. “Their quarterback and receivers were on tonight and had a tough time slowing them down.

“Overall, I was very pleased with my guys’ effort,” said Palmer. “They came out and fought hard throughout the game and showed a lot of heart. Of course this was a tough loss, but we have nothing to be ashamed of. We had a great season and I could not be more proud of them.”

Offensively, Quitten Brown powered the Cougars with 16 carries for 146 yards and two touchdowns. Nunnery completed 6-of-19 passes for 102 yards and rushed 67 yards on 11 carries. Josh Knight had four rushes for 27 yards. Rykendrick Harness finished with three rushes for 16 yards.

The Cougars conclude their season with a 13-2 record overall.