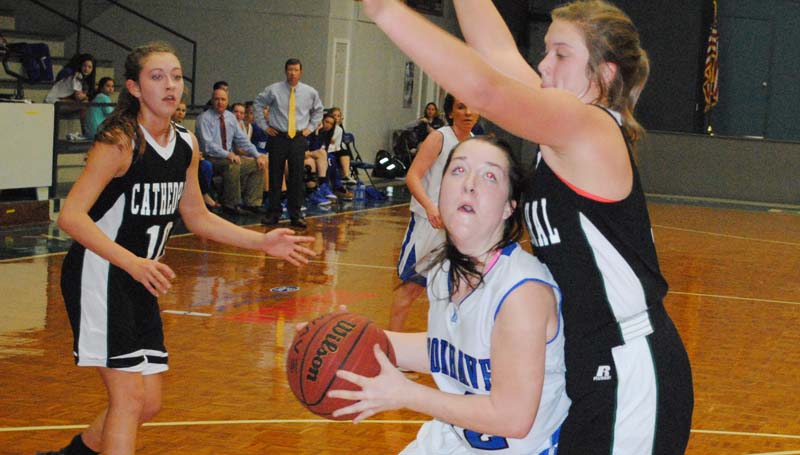 In the girls’ contest, the Lady Cougars outscored the Lady Green Wave 13-5 in the final period to clinch a big 47-37 win.

In boys’ action, the Green Wave escaped BA with a 41-34 victory.

Brookhaven Academy continues action today as it travels to Prentiss to battle the Prentiss Christian Saints for several games. Seventh grade action tips off at 3 p.m., followed by junior high and varsity action.

The Lady Cougars and the Lady Green Wave battled in a close first half as BA carried a 25-19 lead into halftime.

In the third period, Cathedral outscored BA 13-9 to trail the Lady Cougars 34-32 after three quarters.

In the final period, the Lady Cougars caught fire to close out the contest with a 13-5 run to clinch their first district win.

“Glad to get our first district win,” said BA coach Josh Watts. “The girls played hard and I was proud of their effort.”

Natalie Fletcher and Caroline Kaiser were the top scorers for the Lady Green Wave with 10 points each. Elizabeth Smith contributed nine points.

The Green Wave jumped on the Cougars to claim a 12-9 lead in the first period and held on to their lead in the second to take a 19-15 lead into halftime. 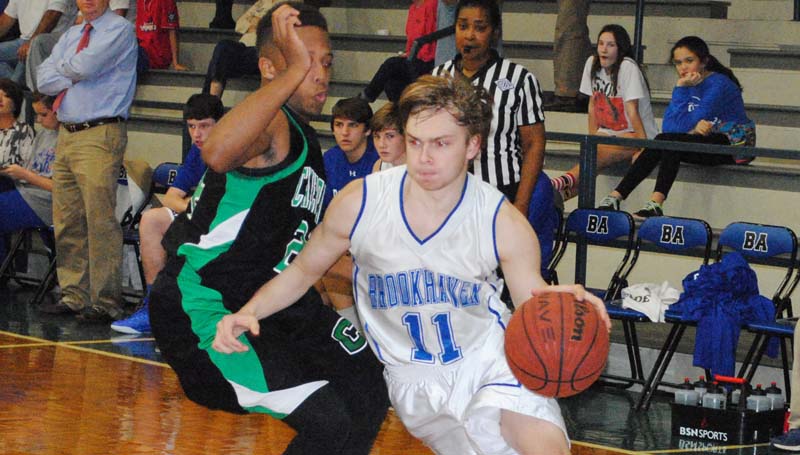 “Cathedral has a very talented team,” said Watts. “The guys fought hard to keep the game close, but we made too many crucial mistakes throughout the contest that hurt us in the end.”