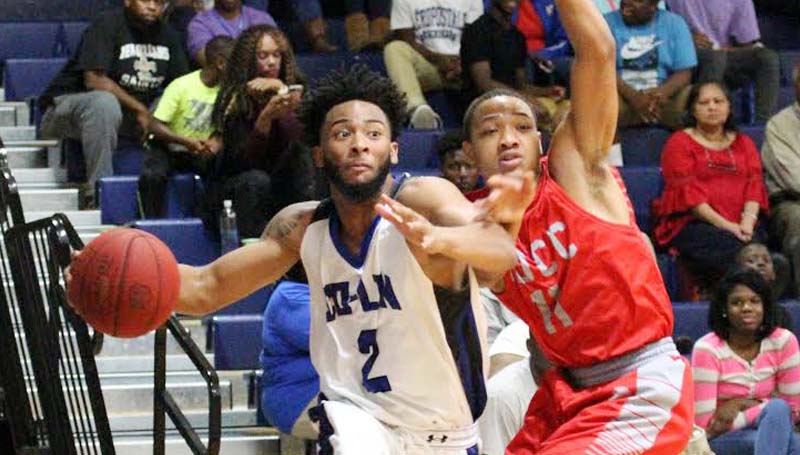 WESSON – Sophomore Willie Brunson scored a team-high 20 points to lead the Mississippi Delta Trojans to a 74-66 win over the Co-Lin Wolves in a non-division contest Monday night at Mullins Gymnasium.

The Wolves (1-5) begin South Division play on Thursday when they host the Hinds Community College Bulldogs at 8 p.m. in Mullen Gymnasium. Watch live at www.colinathletics.com or listen on WMJU 104.3 FM.

Brunson scored 16 first half points to give the Trojans a 37-26 lead at halftime.

“No. 23 (Brunson) got loose in the first half,” said Co-Lin head coach Kenny Bizot. “He was 6-for-6 from the field and 3-for-3 from behind the 3-point line in the first half. It seems like every time we play them, they have someone who steps up. We had too many scoring droughts during the game.”

A 3-pointer by Jaylen Ford increased the Mississippi Delta lead to 53-32 with 14:50 left in the game.

Kennedy would lead the Wolves with a game-high 24 points. Shemar Williams pulled down 8 rebounds and dish out 3 assists. Chris Williams had 4 steals.

Anthony Mabon and Jaylen Ford would have 16 and 14 points respectively for the Trojans.