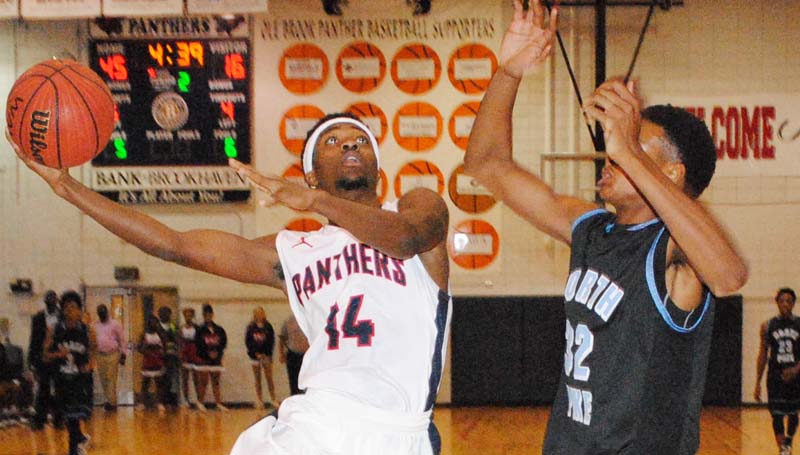 The undefeated Brookhaven Panthers (7-0) broke the 100-point mark in front of a packed house Friday night as they thumped the North Pike Jaguars 102-60 in Sinclair Gymnasium.

In girls’ action, the North Pike Lady Jaguars outscored the Lady Panthers 25-10 in the fourth period to secure a 55-36 win.

Brookhaven returns to action Tuesday as it travels to Terry to take on the Bulldogs in three games. Junior varsity action begins at 5 p.m., followed by the varsity games at 6 and 7:30 p.m.

Brookhaven’s explosive offense quickly overpowered the Jaguars in the first half as the Panthers carried a commanding 54-24 lead into halftime.

In the second half, Brookhaven continued to hammer North Pike, outscoring the Jaguars 48-36 in the last two quarters to secure the win.

“Every day these players practice as though the next game is their last,” said BHS coach Jimmie Butler. “They are committed to each other and playing on a level that will make this city and community proud. Tonight, they were good, but the best is still yet to come. I am proud of them.” 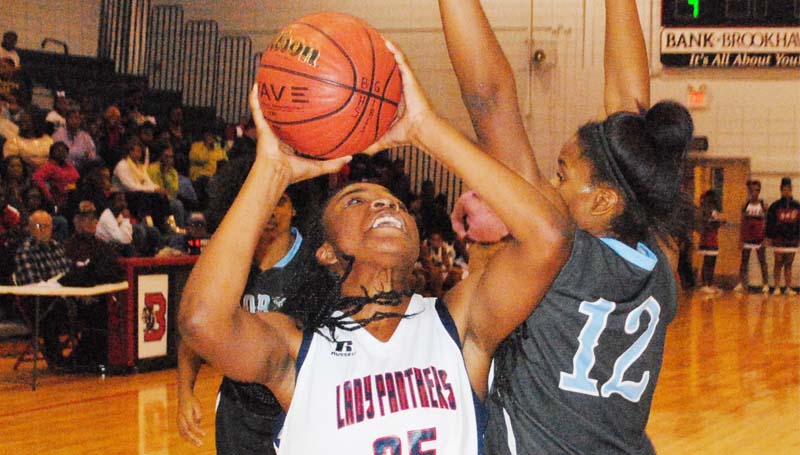 North Pike carried a slim 19-16 lead into halftime. In the third period, both teams continued the defensive battle as North Pike managed to hold on to its lead at 30-26.

In the final period, the Lady Panthers put together a 6-2 run to tie the game at 32-32, but North Pike answered with a 23-4 run to close out the game to collect the win.

“The girls played really good for the first three quarters,” said BHS coach Preston Wilson. “In the fourth quarter, we made too many crucial mistakes that hurt us. Overall, I was pleased with our effort, but we need to learn from our mistakes and continue to get better.”