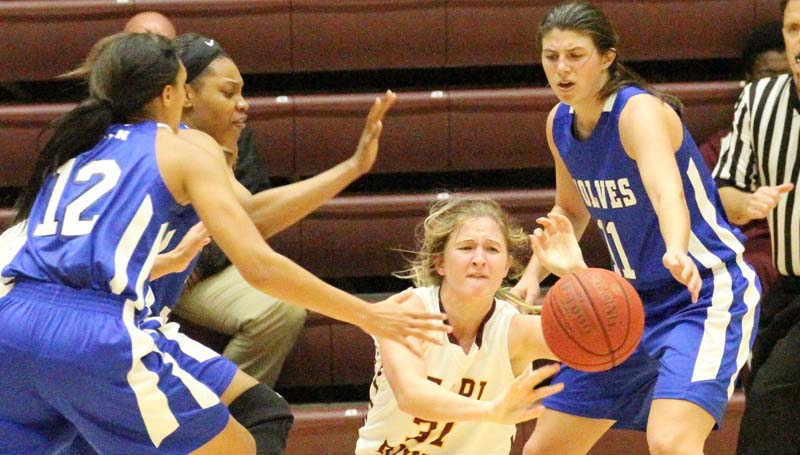 POPLARVILLE – After a sluggish first half, the Co-Lin Lady Wolves scored 30 points in the third quarter on their way a 66-41 South Division win over the Pearl River Lady Wildcats Monday night. Co-Lin (8-0, 2-0) will host Delgado Community College on Saturday, Dec. 12, at 1 p.m. Listen live at www.colinathletics.com or on WMJU 104.3 FM in Brookhaven.

In the third quarter, Co-Lin’s press ignited the offense as they outscored the Lady Wildcats 30-8 to take a 53-24 lead going into the final quarter. The Lady Wolves led by as many as 32 points in the second half. Co-Lin head coach Gwyn Young was able to substitute freely in the final quarter.

“Kelley did a good job for us tonight,” said Coach Young. “She was scoring inside, did a good job rebounding and knock down some free throws. It’s a combination of everybody doing their job. Their game plan was pretty good. They stuck with that zone most of the game, it made us work and we couldn’t make a shot. We’ve got to do a better job making shots early in the game. Hopefully, we will learn from the mistakes we made in this game.”

Shaniqua Magee was the only Lady Wildcat in double figures with 13 points and 10 rebounds.