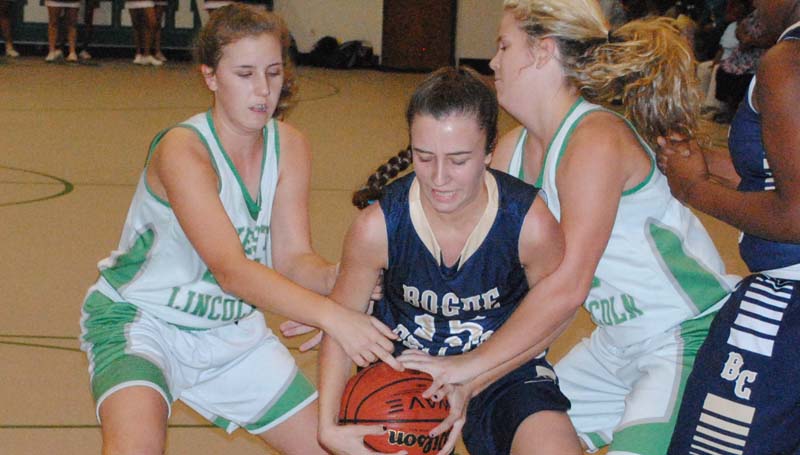 Daily Leader / Marty Albright / Bogue Chitto’s Karlie Williams (15) battles to hold on to the ball as West Lincoln’s Jana Case and Layton Sills reach in to get a jump ball call Friday night.

In the girls’ game, the Bogue Chitto Lady Cats dominated the Lady Bears to claim a 50-35 win.

West Lincoln will be in action Monday as the Bears and Lady Bears travel to Meadville to battle the Franklin County Bulldogs. The varsity girls will tip off at 6 p.m., followed by the boys at 7:30 p.m.

Bogue Chitto will resume action Tuesday as it visits Foxworth to take on the West Marion Trojans. The girls will begin action at 6 p.m., followed by the boys at 7:30 p.m.

The Lady Cats, the defending Lincoln County tournament champs, dominated the Lady Bears in the first half to claim a 30-19 lead.

In the second half, BC (10-2) outscored West Lincoln 20-16 to remain unbeaten in tournament play.

“We were not consistent tonight,” said BC coach Christi Terrell. “We still have a lot of work to do and we need to cut down our mistakes. We need to be more confident with the ball. Overall, I was pleased to get the win, but we need to work harder.”

“We were not worth two cents tonight,” said West Lincoln coach Lane Young. “We played poorly and Bogue Chitto beat us in every phrase of the game.”

In the first half, West Lincoln dominated the Bobcats to carry a 36-22 lead into halftime. 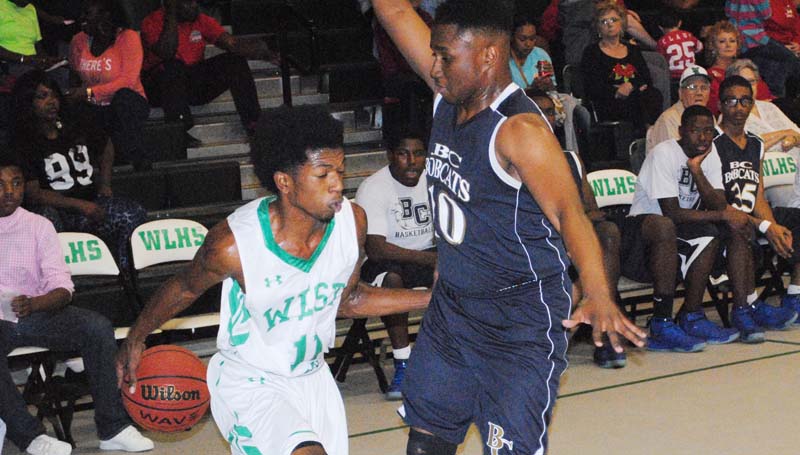 In the second half, BC rallied back and outscored the Bears 29-17, but fell short of claiming its second win of the season. West Lincoln’s Keshaun London drive in the paint to hit a game-winning layup with five seconds left to give the Bears the win.

“We shot the ball really well in the first half, but Bogue Chitto did a good job rallying back in the second half,” said Young. “We were very fortunate to make the winning basket at the end to win the game.”

London powered the Bears (7-5) with 23 points and seven rebounds. Ronnie Edwards chipped in with 19 points. Donterrius Taylor and Adam Martinez scored three points each. Taylor was the leader on the boards with eight rebounds. Karlton Byrd and Michael Brothern had two points each and Le’Darrius Jones added one point.