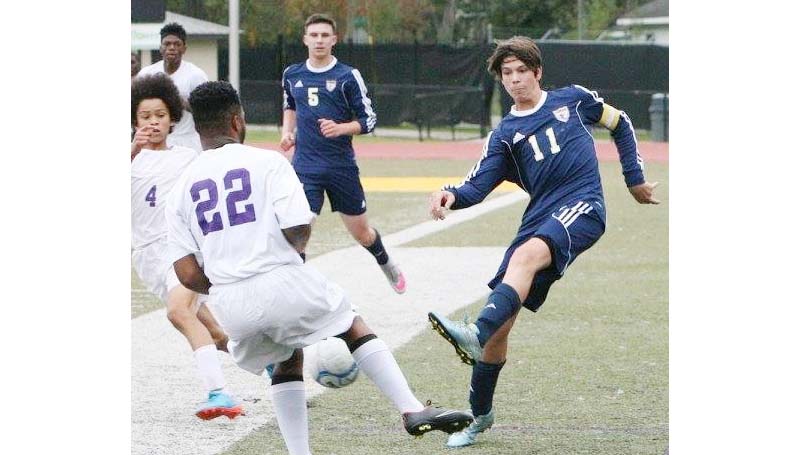 MEADVILLE – Franklin County’s soccer teams are off to another great start as they strive to win their fourth consecutive division title since coach Jeff Long took over in 2012.

The Lady Dawgs are currently 7-3-3 on the season and 1-1 in division play after suffering a division loss against Wesson on Dec. 15.

“It was just one of those games where we played well enough to win but couldn’t score enough goals. We had five times the opportunities they had but it came down to the fact that Wesson scored twice and we scored once,” Long said. “They took advantage of the few chances they had and we took advantage of only one chance out of a dozen or more. We will have to play better when we face them again.”

The Lady Dawgs are a young team after losing more than half their starting lineup from last year due to graduation and transfers. 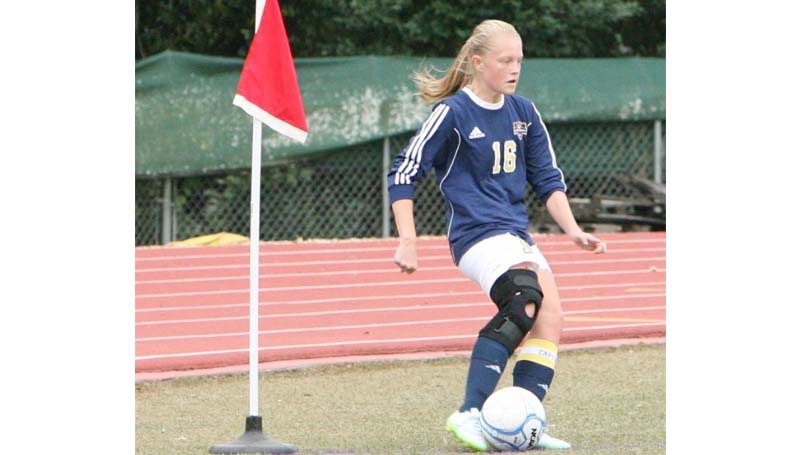 Kelsi Barron has been the Lady Dawgs’ senior leader thus far as the four-year letterman and three-time all district selection has four goals and seven assists despite playing a defensive role.

“I can’t say enough about what Kelsi means to this team,” said Long. “She is our leader and she plays her heart out in every game despite having an injured knee. Kelsi is one of the kindest people that I have ever known. Her character and the way she carries herself on and off the field is an inspiration to all of us.”

A pleasant surprise on the season has been the play of freshman Lee Lee Elam. She has been moved up from the JV squad and is leading the team with eight goals. Sophomores Jaden Long (7 goals, 6 assists), Chyenne Higgs (7 goals , 3 assists) and Kenzie Whitehead (4 goals , 5 assists) have also played well.

After losing junior goalkeeper Geri Weathersby for the season to a broken arm, junior Mia Durrell has stepped in and played well. Durrell recently made several outstanding saves in a penalty kick shootout victory against North Pike.

“Our goalkeeper had to learn a lot in a short amount of time and she is doing very well,” Long said.

The Lady Dawgs have a difficult stretch ahead and hope to be peaking at the right time.

“I’m proud of the improvements these girls have made,” said Long. “Several of our younger players have stepped up and we are beginning to play better as a team. Hopefully we can win district again and host a first round playoff game on Jan. 26.

The Dawgs are enjoying another undefeated season as their record stands at 13-0. The boys’ team has not lost a regular season game at home in four years. Since the 2012-2013 season, FC’s record stands at 70-4-3 with three of those losses being in the playoffs.

Senior midfielder Kyle McCormick, a five year letterman and four-time all district selection, has been chosen to represent Franklin County in the 2016 MSHAA All Star game. He leads the team with 16 goals and nine assists.

“Kyle has been a long time fixture of FC soccer and is leaving a legacy behind,” said Long. “Hopefully, we can play well in the playoffs and make this a special season for him and this group of seniors.”

Long and assistant coach Stephanie McCormick have also been chosen to coach the South All Star Team in the MAC event, which will be played at Clinton High School Feb. 9.

Freshman Garrett Smith has stepped up as goalie this season and has been outstanding for the Dawgs. He has made 66 saves this season with six shutouts.

“Garrett is a natural athlete and he has been very impressive goalie for us,” said Long.

Through 13 games, the defense has only allowed seven goals. Sophomore Brant Mullins has a goal and four assists while playing a defensive role. Seniors Marcus Durrell (2 goals, 1 assist), Dedrick Weathersby (1 goal) and Courtney Smith have played well. Freshman Joshua Guice has become a solid fixture in FC’s defense in his first year.

“This team has a chance to do something special this season,” said Long. “We have been a bit unlucky the past two years in the first round of the playoffs. If that changes and things begin to go our way such as a bounce or a call, this team could make a run.”