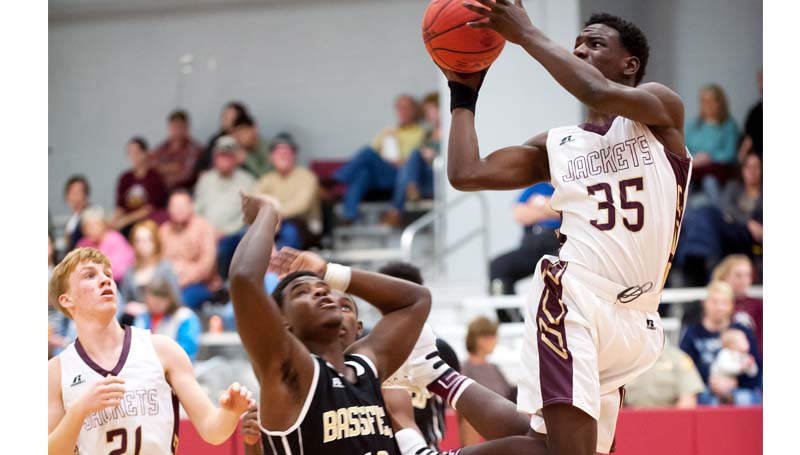 In a battle between Yellowjackets Friday night, Bassfield escaped Enterprise with two big district wins in Region 7-2A action at Enterprise Gymnasium.

In the girls’ contest, Bassfield edged the Enterprise Lady Jackets 52-46.

Enterprise will resume Region action Tuesday night as they host the Amite County Trojans for three games. Junior varsity action begins at 5 p.m., followed by the varsity games at 6 and 7:30 p.m..

The Enterprise Lady Jackets started off strong in the opening quarter, but slowed during the second, which allowed the Bassfield Lady Jackets to go on a six-point run to secure a 20-14 lead at halftime.

In the third, the Bassfield Lady Yellowjackets would continue to add to their lead and closed out the quarter with a 37-27 advantage.

In the final quarter, the Lady Jackets of Enterprise rallied back with a 19-15 run, but were unable to grab the lead.

“We need to play hard in all four periods if we expect to win,” said Enterprise coach Jill Nations.

Enterprise and Bassfield battled in a close contest in the opening quarter as the Lincoln County-based Jackets secured a 9-8 lead.

In the second, Bassfield’s offense came to life and outscored Enterprise 16-13.

In the third, Enterprise reclaimed the lead but Bassfield was too much for Enterprise in the fourth as it put together a 20-8 run to clinch the win.

“The guys played hard, but we didn’t get enough breaks in the end,” said Enterprise coach John Knight. “Our boys have showed a lot of promise tonight for our division games down the road.”