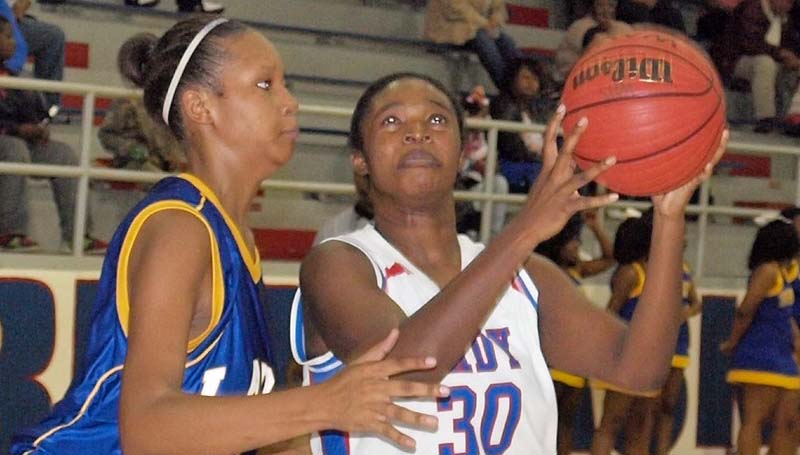 The Wesson Cobras suffered two tough division losses to the Jefferson County Tigers Friday night in Region 7-3A action at the Snake Pit.

In boys’ action, the Cobras fell the Tigers in a close overtime contest 65-63.

The Cobras will travel to Hazlehurst Friday night for another big division test. Varsity action begins at 6 p.m. for the girls and 7:30 for the boys in Hazlehurst.

“Tonight was a tough game, said Wesson coach Rusty Newman. “Jefferson County has a lot of talent and size and we didn’t match up well at all. We are struggling offensively right now which makes it hard to win games.”

Aurianna Vaughn was the top scorer for the Lady Cobras with nine points and she also had five steals, two assists and six rebounds. Jashia Smith contributed eight points, seven rebounds and three steals. Carnesha Green was top defender on the boards with 12 rebounds and finished with six points.

Antell Gales led the Lady Tigers with a double-double performance of 15 points, 11 rebounds and three steals. Diamond Smith also had double-double night of 11 points and 10 rebounds.

“This was an intense game,” said Newman. “Jefferson County plays hard and they are physical. Early on we struggled offensively and we also turned the ball over too much. We overcame a 10-point deficit but just could not finish the game out down the stretch and hang on to our lead. We also struggled from the free throw line as well tonight by missing 11 free throws and lost by 2 points. We had our chances to get the win but just didn’t convert. Overall, I’m proud of my guys for fighting back from being behind and making it a good game. Hopefully we will learn from this and it will make us better.”

Anthony Jones pumped in a game-high double-double of 37 points, 14 rebounds, two steals and two blocks to lead the Cobras. Eric Rhymes contributed 15 points and had six rebounds, three steals and one assist.

The Tigers’ top players were Christian Day with 18 points and Akeem Williams with 15 points. Day had seven steals and three rebounds and Williams had three steals.