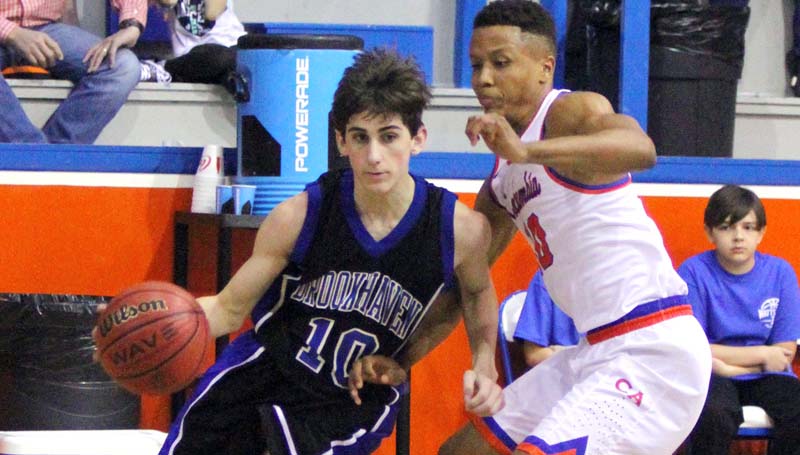 Brookhaven Academy continues action today as the Cougars and the Lady Cougars travel to Mendenhall to battle Simpson Academy in five games in a big divisional test. Games begin at 3 p.m. with seventh grade action, followed by junior high and high school action.

The Lady Cougars captured an early 8-7 lead in the first period, before Columbia Academy roared back to claim a 18-13 lead at halftime.

In the second half, Columbia Academy outscored BA 31-6 to secure the division victory.

Anna-Michael Smith powered BA’s offense with 16 points. Cameron Watson was the leader on the boards with five rebounds and scored two points. Bailey Stewart had one point.

In the first matchup of the father-son Watts rivalry, Brookhaven Academy and Columbia Academy battled to a 26-26 tie in the first half.

In the second, Columbia Academy put together a 35-19 run in the final two quarters to clinch the win.