Lady Wolves fall for the first time this season 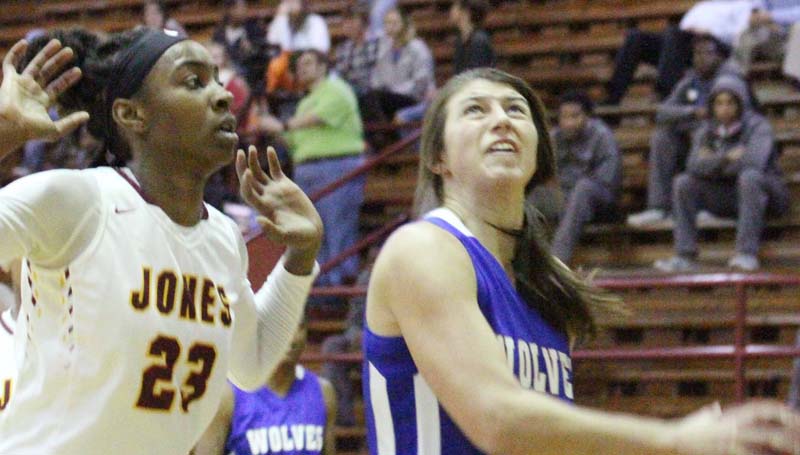 ELLISVILLE – The Co-Lin Lady Wolves suffered their first loss of the season at the hands of the Jones County Lady Bobcats 90-67 in a South Division contest Monday night. The Lady Wolves (11-1, 2-1) will be back in action Thursday at 6 p.m. when they host the East Central Lady Warriors.

After a thrilling first quarter of back and forth action the Lady Wolves trailed by only 4. However, this lead would continue to grow for the remainder of the game as shooting troubles plagued the Wolves. Rebounding proved difficult for the Lady Wolves throughout the game as the Bobcats grabbed 41 rebounds to Co-Lin’s 29.

Jones was led by Wendion Bibbins who posted a double-double with 18 points and 13 rebounds. Hanah Lott pumped in 18 points and dished out five assists. Tatyana Lofton and Zan Ratcliffe added 17 and 12 points respectively. Myyah West came off the bench to add 11 points.