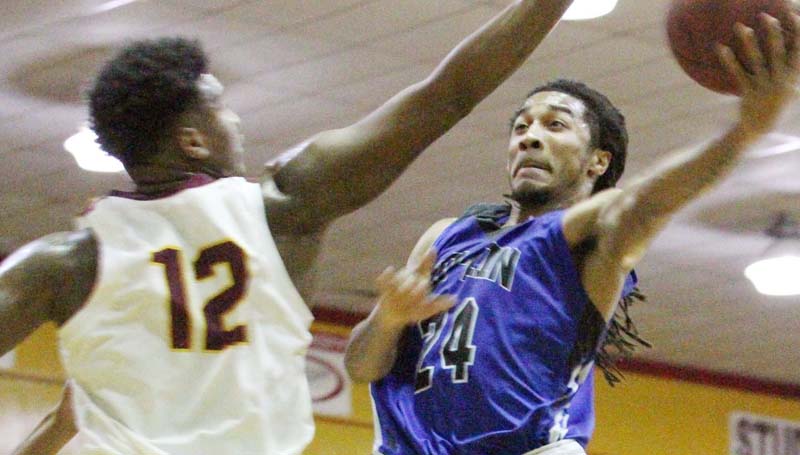 ELLISVILLE – The Co-Lin Wolves’ offense struggled early in the game as the Jones County Bobcats clawed away with a victory Monday night, taking a 84-73 South Division win. Co-Lin (2-10, 0-3) will host East Central on Thursday at 8 p.m.

Late in the first half the Co-Lin shooting game found new life and after a 9-0 run the Wolves took the lead. Momentum seemed to be in Co-Lin’s favor as they took a slim 41-40 lead entering the locker room for halftime.

“I thought we did a good job defending this team. This is a team that averages 90 points a game,” said Co-Lin head coach Kenny Bizot. “I thought we controlled the tempo very well, we just did not do a good job getting loose balls and making shots.”

Darius Kennedy led the Wolves with 18 points, dished out four assists, and had four steals. Donte’ Watson added 14 points and six boards. Jonathan Dalton, in only his second game back from his injury, also dropped 14 points, pulled down six rebounds and had five assists.