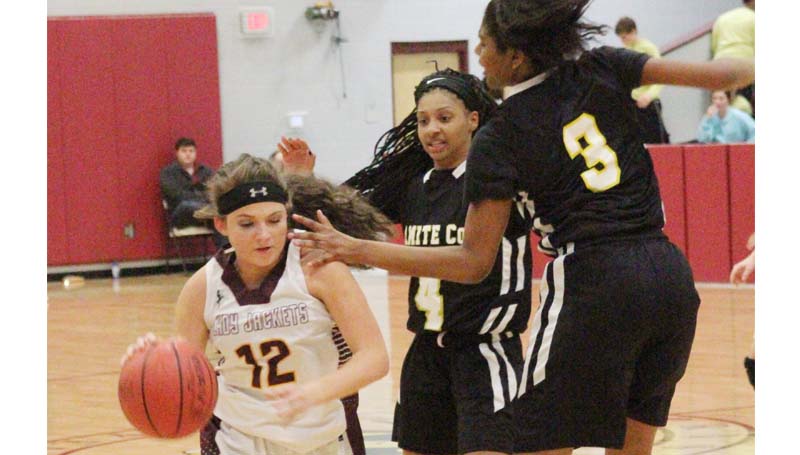 Amite County swept a pair of games from Enterprise Tuesday night in Region 7-2A action at Enterprise Gymnasium.

In girls’ action, the Lady Trojans squeezed out an narrow 52-51 win over the Lady Jackets.

Enterprise will resume action Friday night as it hosts Loyd Star for three games. Junior varsity action begins at 5 p.m., followed by the varsity games at 6 and 7:30 p.m.

In a evenly matched first half, the Lady Trojans took just a one point lead into halftime at 26-25.

Enterprise took a one point lead into the final period at 39-38. Both team’s defenses played strong and denied any offensive domination. As time was winding down, Amite County managed to secure the lead and held on for the win.

Despite taking a 27-21 lead into halftime, Enterprise was unable to hang on for the win.

After being down at the half, Amite County came out on fire and took over the lead 48-44 at the end of the third. The Trojans stayed hot in the fourth and held on for the victory.

“We made too many mental mistakes tonight that led to turnovers and poor defense,” said Enterprise coach John Knight. “We’ll learn and bounce back. There’s still a lot of basketball left to play.”