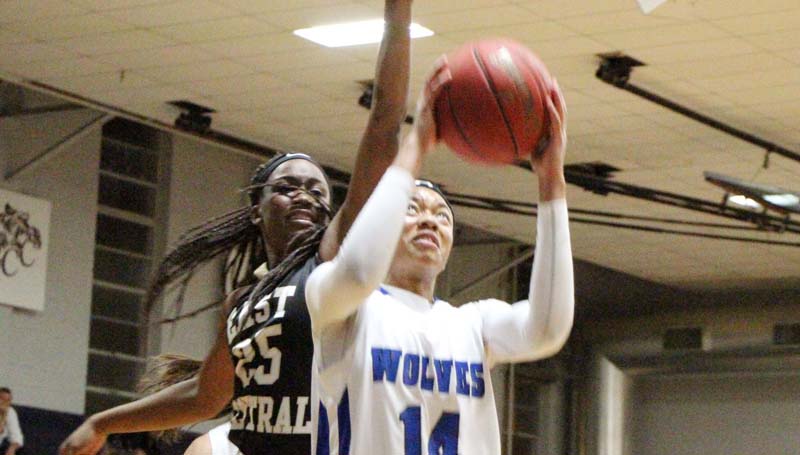 WESSON – The Lady Wolves of Co-Lin (11-2, 2-2) struggled for the second straight game on Thursday night suffering a loss to the Lady Warriors of East Central 80-60. The Lady Wolves will travel to Summit on Tuesday to take on the Southwest Lady Bears.

Dismal shooting from the Lady Wolves allowed an early Lady Warriors’ lead that grew quickly. Co-Lin rebounded the ball well throughout the game, bringing down 31 boards, but without the offense clicking few points came from the effort. The Lady Wolves came out firing in the second period going on a quick 8-0 run; however, the Lady Warriors regained rhythm and pulled the game out of reach.

“We have got to have some players step up,” said head coach Gwyn Young. “When things are going bad, you have to play harder and play smarter.”

Kelley Allen led the team in scoring for a second straight game with 15 points, and Alexis Collins added 14 points. Tytiana Hall chipped in 13 points and led the team with seven rebounds.