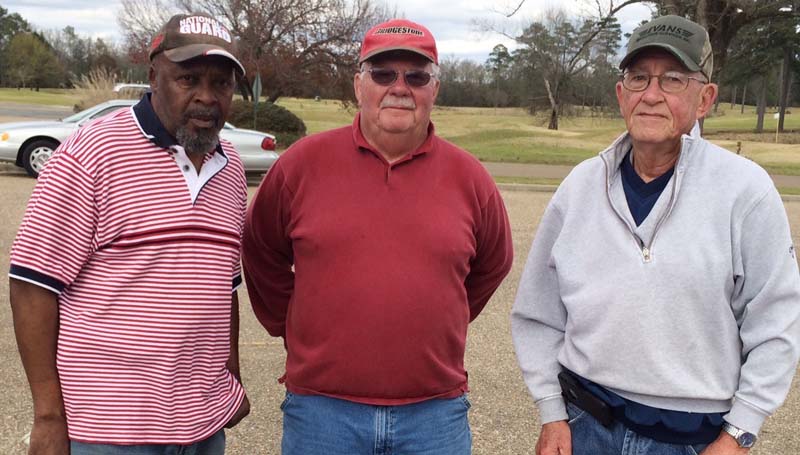 Daily Leader / photo submitted / In Thursday’s senior scramble at the Brookhaven Country Club, the team of (from left) Jerry Handy, Craig Crozier, and Dick Arnold won with a score of 13 under par. Jerry Harper won closest to the pin on hole No. 4, Gene Nesmith won hole No. 8 and No. 17 and Curtis Barnes won No. 12.

A 13-under par 57, authored by the team of Craig Crozier, Jerry Handy and Dick Arnold, won Thursday’s Senior Scramble at the Brookhaven Country Club.

In second place at 8-under par 62 was the team of Curtis Barnes, Gene Nesmith, Mike Allen and Kenny Thornhill.

In third place at 7-under par 63 was the team of Jerry Harper, Phillip Autman, Yogi Yarbrough and John Darrington.