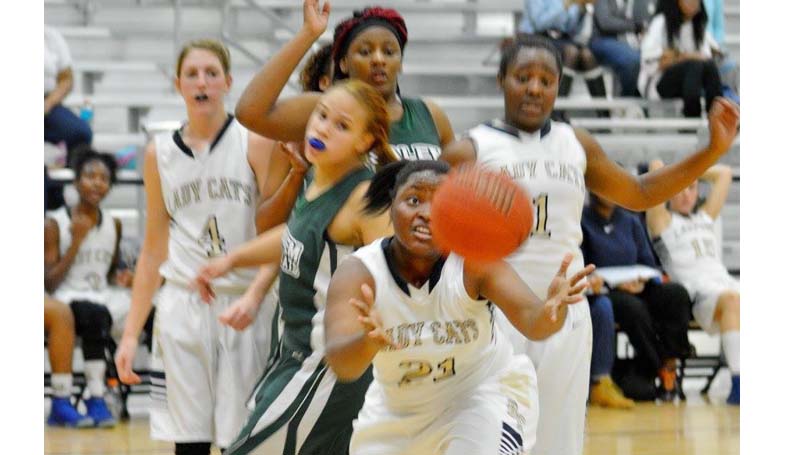 BOGUE CHITTO – The Bogue Chitto Lady Cats dominated the Salem Lady Wildcats Friday night to claim a 76-30 victory in Region 7-1A action at the Bobcat Palace.

In the boys’ contest, the Salem Wildcats overpowered the Bobcats to secure a 78-53 win.

Bogue Chitto will take a few days off before resuming action Friday as the Bobcats and Lady Cats travel to Natchez to battle the Natchez Cathedral Green Wave in three games. Action begins with a junior varsity game at 5 p.m., followed by the varsity games at 6 and 7:30 p.m.

The Lady Cats clobbered the Lady Wildcats to take a commanding 32-0 lead in the first quarter.

The Lady Wildcats finally managed to get on the scoreboard in the second quarter but trailed the Bogue Chitto 44-10 at halftime.

“I was very pleased to give everybody plenty of playing time tonight,” said BC coach Christi Terrell.

The Lady Cats continued the scoring rampage with a 32-point explosion to cruise to a 76-30 victory.

The Wildcats took advantage of the Bobcats’ sluggish start to claim a 15-6 lead in the opening quarter and cruised to an 37-18 lead at halftime.

In the second half, the Bobcats, led by D.J. Nunnery, came alive with a surge but were unable to overcome Salem’s large lead.

“Our boys did not come into the ballgame with the mindset to win tonight. We struggled on the boards and did not shoot well,” said BC coach Mark Pitts.