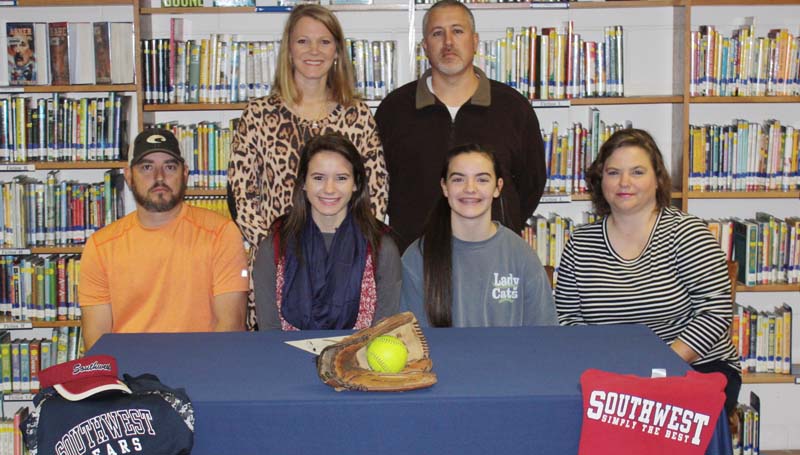 Nettles signed her official scholarship papers Friday in Bogue Chitto’s Library. She is the daughter of Jamie and Dana Nettles.

As a junior, Nettles batted .351 for the Lady Cats with 27 RBIs. Defensively, she posted a .907 fielding percentage. Nettles struck out 58 batters and gave up only 17 walks in 75 innings pitched.

“Alana has been a valuable part of our softball program here at Bogue Chitto,” said coach Scott Leggett. “She has a great attitude and she is truly devoted to the game and her team.”

Over the years, Nettles has played a key role in helping BC win several state championships – 2011 as a seventh grader and in 2014 as a sophomore.

“Alana has done a fantastic job in our pitching rotation with an 27-11 record and 203 strikeouts overall. She is also a tough third baseman,” said Leggett. “At the plate, Alana has provided us with several clutch hits throughout the years. She executes bunts and uses her speed really well.

“Alana has definitely been a vital part of our team,” said Leggett. She has been a joy to coach and we will truly miss her next season. We are so proud of her and wish her well as she continues her career at Southwest.” 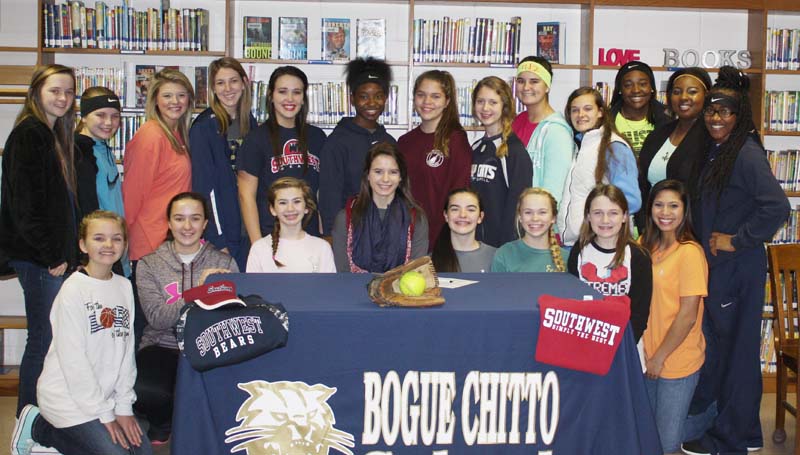