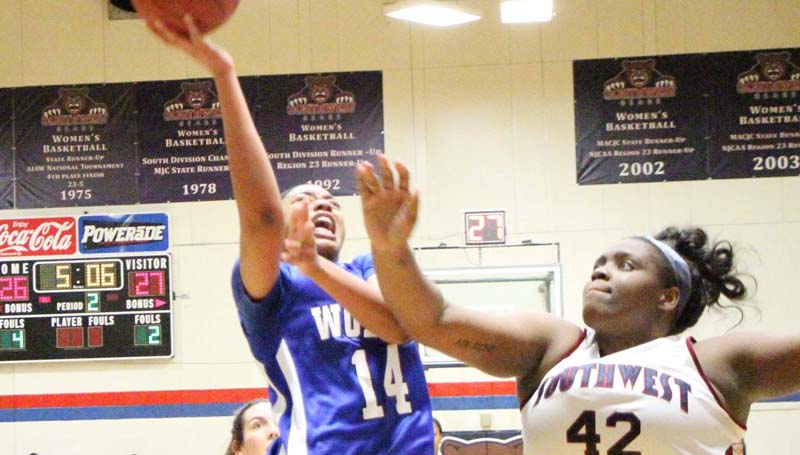 SUMMIT – The Co-Lin Lady Wolves outscored the Southwest Lady Bears 19-6 in the overtime period to pull out a 80-67 South Division win Tuesday night.

Sophomore Tatiana Hall netted a shot with just 18 seconds left to tie the game at 61-all at the end of regulation. The game saw 14 lead changes and was capped off with exciting overtime period. The Lady Bears had an opportunity to take a lead late in regulation, but failed to hit either of two free throws with less than 4 seconds to play. The Lady Wolves dominated the overtime period, going on an 11-0 run to take a 72-61 lead.

“We buckled down in overtime, played tough, and rebounded really well,” said head coach Gwen Young. “We still have a long way to go playing half court defense, but our effort was just a lot better tonight.”

Southwest had three players in double digits led by Alissa Adam with 20 points and nine assist. Teshia Jones and Gabriella Cortez finished the game with 18 and 13 points respectively.