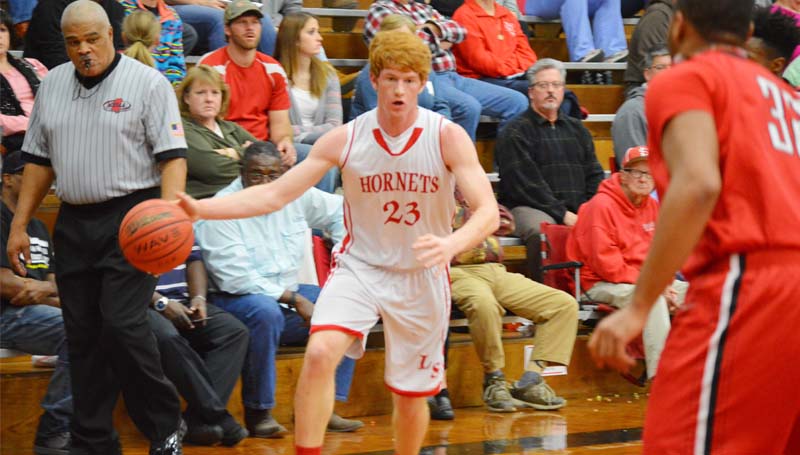 The Loyd Star Hornets used an 8-2 run in overtime to grab a Region 7-2A win over Prentiss Tuesday night.

In girls’ action, Loyd Star dominated the Prentiss Lady Bulldogs in a 61-22 victory.

Loyd Star will travel to Liberty Friday night as the Hornets and Lady Hornets prepare to take on Amite County in three games. Junior varsity action begins at 5 p.m., followed by the varsity games at 6 and 7:30 p.m.

Trailing by just 2 at halftime, 26-24, Loyd Star kept it close but could never grab the lead.

In the fourth quarter, the Hornets outscored the Bulldogs to tie the contest at 51-all at the end of regulation.

In overtime, Loyd Star took over the game with an 8-2 run to capture the win.

“The boys played a hard-fought ball game,” said Loyd Star coach Gene “Moochie” Britt. “The guys played hard all the way to the end. I’m very proud of their effort.”

The Lady Hornets scored 23 points in the opening period and took a commanding 41-8 lead into halftime.

In the second half, the Lady Hornets pounded the Lady Bulldogs with a 20-14 run in the final two periods to clinch the win.

“The girls played really well,” said Britt. “I was pleased to give everyone some playing time.”