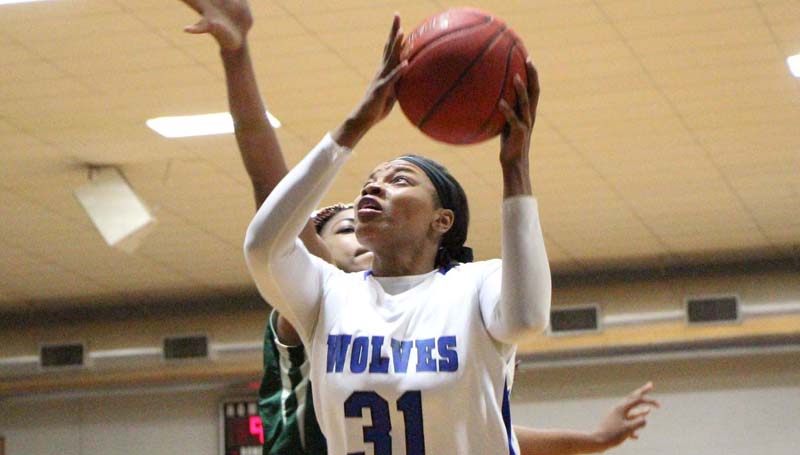 WESSON – The Co-Lin Lady Wolves (13-2, 4-2) held off a fourth quarter rally by Meridian to defeat the Lady Eagles 68-66 in a South Division battle Thursday night.

Both teams started slowly with only total 21 points scored in the first quarter. Turnovers plagued both teams throughout the contest with both teams racking up 24. Through the troubles the Lady Wolves managed to gain a 17-point lead late in the third quarter. However, Meridian came out firing in the fourth. Led by KaShari Gordon the Lady Eagles whittled the lead down to one with just over a minute remaining, but the Lady Wolves buckled down to secure the win.

“Most things we did tonight were not very good, but I’m glad we got the win,” said Co-Lin head coach Gwyn Young. “We need to improve defensively and not turn the ball over.”

Andriel Mos led the Lady Eagles with a double-double scoring 22 points, pulling down 14 rebounds and had three steals. KaShari Gordon also dropped 22 points in the contest.