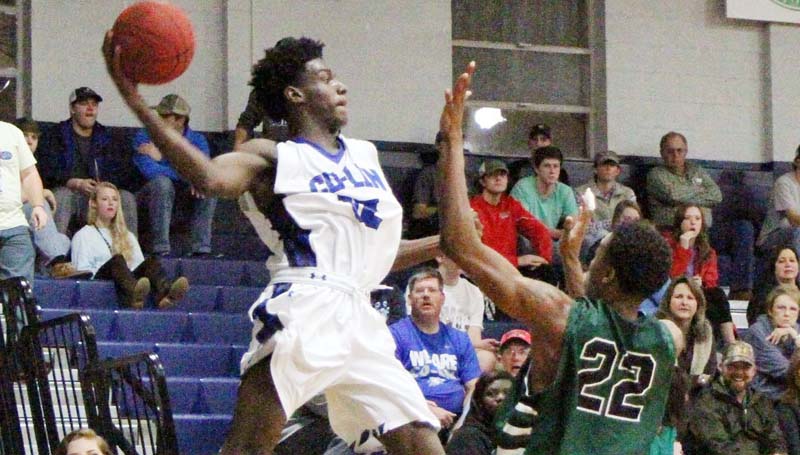 Co-Lin Media / Natalie Davis / Co-Lin’s Chris Williams (12) makes the save for the Wolves in a double overtime thriller Thursday night in Mullen Gymnasium.

The game saw 18 lead changes as the Wolves overcame an 11-point deficit early in the second half. With the score tied at 77-all with just five seconds remaining Meridian ran a well-designed play that resulted in a 3-pointer by Denarrius Gray to put the Eagles up 80-77. Co-Lin inbounded the ball and guard Dearius Griffin heaved a long range shot as time expired from well beyond the three-point line that banked off the glass to tie the game at 80.

Point guard Jonathon Dalton had another outstanding performance scoring 30 points and dishing out six assists. However, this game would prove to be a total team effort as Chris Williams added 21 points and nine rebounds. Donte Watson, playing in his first game after being sidelined with an injury, pumped in 20 points. Griffin added 16 points, nine rebounds and five assists.