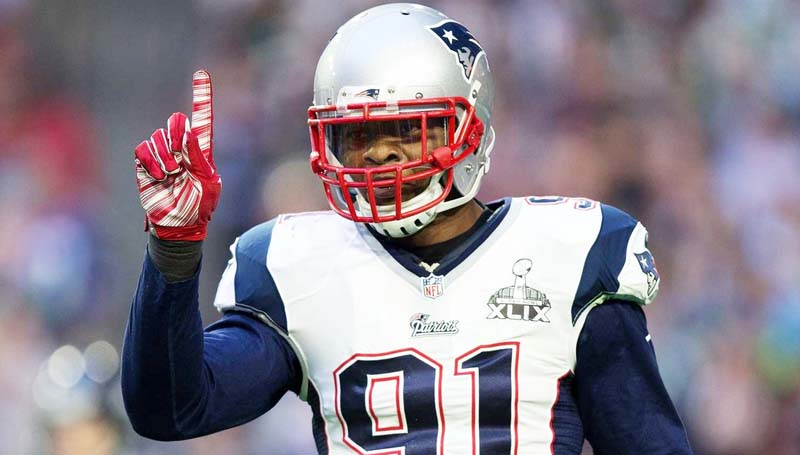 Jamie Collins is spoiling the folks in Franklin County, and his fans are loving it.

Ten years ago, Collins led the Franklin County Bulldogs to their first ever state football championship.

The Quentin native has only prospered since.

After earning a conference championship at Southern Mississippi, Collins went on to break NFL Combine records. The New England Patriots drafted him in the second round of the 2013 NFL Draft, making him their first selection of the draft.

Last year Collins won a Super Bowl with the Patriots, and some of his peers are already saying he’s one of the best linebackers in the league.

Collins stands four quarters away from playing in yet another Super Bowl.

He will be playing in his third straight AFC Championship game today, which isn’t bad considering he’s only been in the NFL three years.

“He’s awesome to watch,” said Bude native Corey Jackson. “In high school he was awesome to watch, and now in the pros he’s just as awesome. Jumping over people blocking field goals, taking fumbles back for touchdowns, and making SportsCenter-type plays.”

Not many places in the world can say: “Hey look it’s that guy from my hometown playing in his third straight AFC Championship game.”

Guess what, Franklin County can.

Between 2005-2010, Franklin County produced 12 Division 1 signees – not bad for a county that has a population density of 45 acres per person.

It also has not only one Super Bowl champion, but two.

Greg Briggs played on the Dallas Cowboys Super Bowl winning teams in 1992 and 1995 as a defensive back.

Still, Collins is the county’s most celebrated star. In high school, it was a state title. In college, it was a conference championship. In the NFL, it was a Super Bowl. He’s got rings at each level.

For three years from 2006 to 2008, Collins led FCHS to the South State championship finals.

“He’s always been a special athlete,” said Collins’ former high school head coach Grady McCluskey. “He was All-State in three sports (football, basketball and track) and he made it look easy at times.”

After high school, Collins enjoyed a banner career at Southern Miss from 2009-2012, where he was recruited as a safety, but end up playing linebacker and defensive end.

Than it was on to the NFL Combine, where exploded on the scene and broke records doing so. He still holds the Combine record for overall broad jump for a linebacker at 11.7. And he also holds one of the best vertical leaps by a 250-plus pounder at 43 inches.

Today at 2 p.m., Collins will be in the middle of another classic. He faces Peyton Manning for the fourth time in his career and the stakes couldn’t be higher – another Super Bowl trip to the winner. In Franklin County the clear favorite is their favorite son.