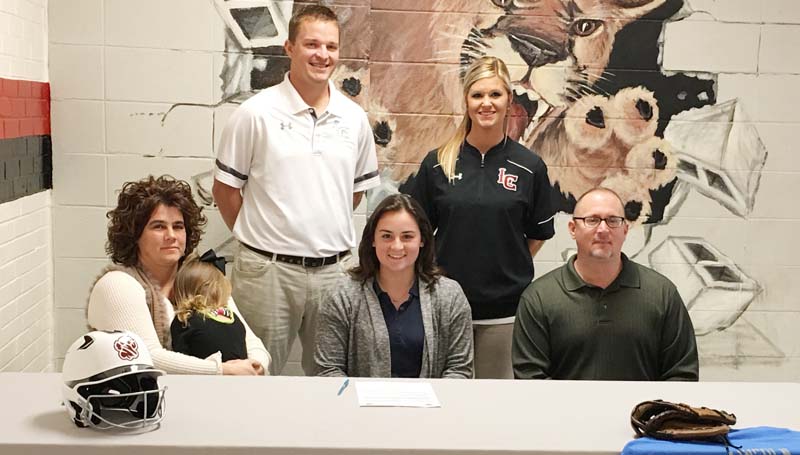 “We are really glad to have Elizabeth join the Wolfpack,” softball coach Allen Kent said. “She’s a really effective pitcher who will only continue to get better. Elizabeth was also the team’s leading hitter as a junior. She’s athletic and brings a lot to the table. Former Lady Wolf Meleah Brown Howard does a great job and will bring out the best in Elizabeth this year. We’re looking forward to having her with us.”

As a junior, Smith provided the Lawrence County Lady Cougars with a 15-5 worksheet. On the rubber, she had 75 strikeouts and 39 walks in 108 innings pitched on the season. At the plate, she had a .422 batting average with 22 singles, five doubles and had 25 RBIs.

“Elizabeth is an extremely hard worker and she is a pleaser,” said LCHS coach Meleah Howard. “I met her in the ninth grade as well and she has improved tremendously since then.

“She is very coachable and has been a huge asset to out program,” said Howard. “It has been a privilege to get to coach her as well. We are going to miss her next season, but we wish her the best of luck.”