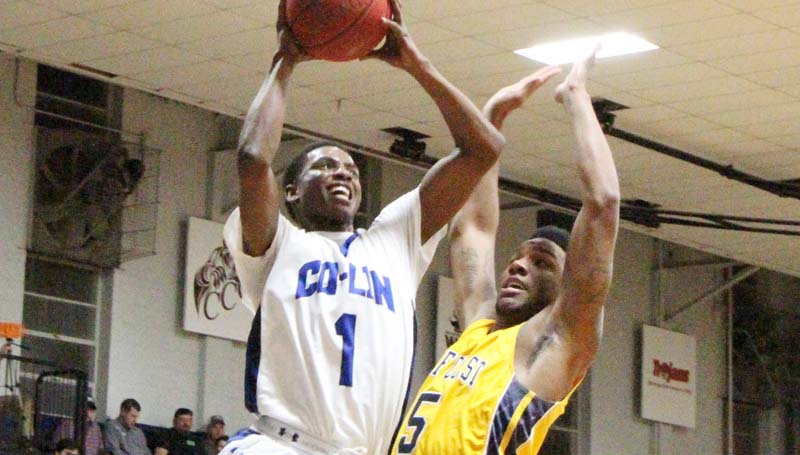 WESSON – For a second straight game the Co-Lin Wolves (4-12, 2-5) had to go to overtime as they defeated the No. 24 ranked Mississippi Gulf Coast Bulldogs 105-101 in a South Division matchup Monday night.

The Wolves travel to Hinds Community College in Utica on Thursday at 7:30 p.m.

The game was extremely physical from the tip off to the final buzzer. The teams combined for 58 fouls in the contest. Late in the game, the Wolves had four players foul out, three of which were starters. The Co-Lin bench came up big with an impressive performance. The action was back and forth with 15 lead changes throughout the game due to hot shooting by both teams. The game was tied at 88-all at the end of regulation.

In the overtime period, the Wolves pulled away with clutch shooting, scoring their final 12 points from the free throw line.

“It was a great win for us,” said Co-Lin head coach Kenny Bizot. “We focused for those extra five minutes. We have put ourselves in a hole this season, so we have to win games like this.”