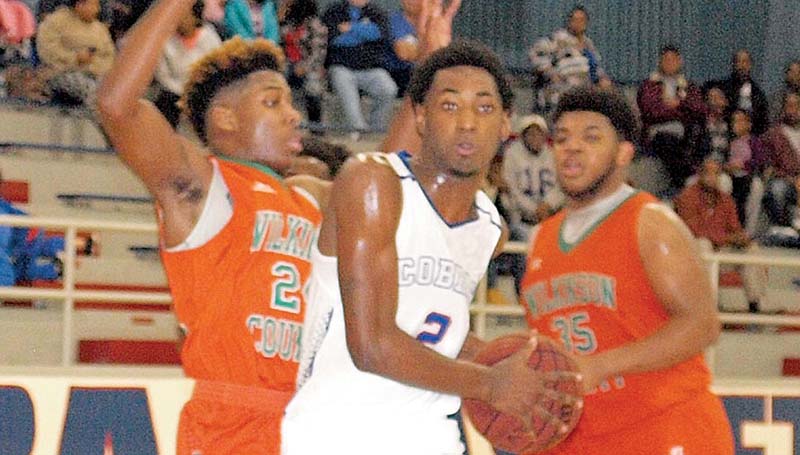 WESSON – The Wesson Cobras rallied back in the closing seconds to edge the Wilkinson County Wildcats 80-79 Tuesday night in Region 7-3A basketball action at the Snake Pit.

The Lady Cobras lost to the Lady Wildcats 56-34.

The Cobras will travel to Jefferson County Friday night for another big region test at Fayette. Varsity teams begin play at 6 for the girls and the boys play at 7 p.m.

“The guys played poor defense for the first three quarters of the game but finally came alive in the fourth quarter on offense and defense and found a way to get the win,” said Wesson coach Rusty Newman. “I’m proud of my guys for not quitting.”

The Wildcats’ top player was Travion Jones with 31 points and eight rebounds. LaThomas Sharp finished with 12 points and six rebounds.

The Lady Cobras came out strong in the first quarter to take a 13-10 lead, but the Lady Wildcats roared back with a 20-5 run in the second quarter to secure a 30-18 lead at halftime.

Wilkinson County outscored the Lady Cobras 26-16 in the final two quarters to secure the win.

“The girls played sluggishly with zero intensity the entire game,” said Newman. “I hope we get our problems straightened out before tournament games begin.”

Aurianna Vaughn was the top scorer for the Lady Cobras with 10 points, three steals and four rebounds. Jashia Smith followed with nine points, five rebounds, two assists and two steals. Carnesha Green was the leader on the boards with eight rebounds and scored eight points.

Wilkinson County’s top scorers were Alexis Parker and Ga’Dricka Cotton with 16 points each. Parker had five rebounds and Cotton finished with a double-double performance with 16 rebounds and five steals.