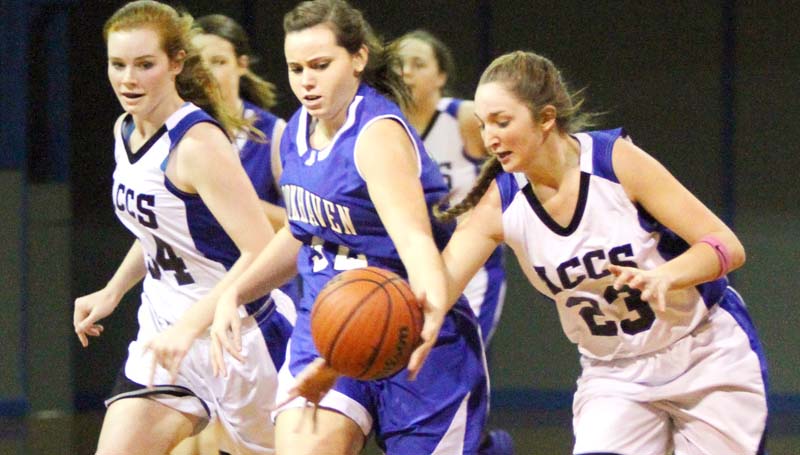 In the girls’ contest, the Lady Rebels blasted the Lady Cougars to claim a 51-20 win.

In boys’ action, the Rebels outscored the Cougars 17-9 in the fourth quarter to squeeze out a 48-46 comeback victory.

Brookhaven Academy will take the rest of the week off. The Cougars and Lady Cougars return to Natchez to compete in the district tournament at ACCS. Game dates and times had not been released at press time.

The Cougars (12-13) came out strong in the first half, dominating the Rebels to claim a 27-14 lead at halftime.

The Rebels turned the tables on BA with a 34-19 run in the final two quarters to steal the win.

The Lady Cougars and the Lady Rebels battled in a close first quarter, before ACCS exploded with a 19-4 run in the second to carry a 27-11 lead into halftime.

The Lady Rebels outscored the Lady Cougars 24-9 in the final two quarters to clinch the win.

In the boys’ contest, the Cougars defeated the Rebels 58-41. Tanner Thurman and Dawson Flowers poured in 20 points apiece to lead BA.