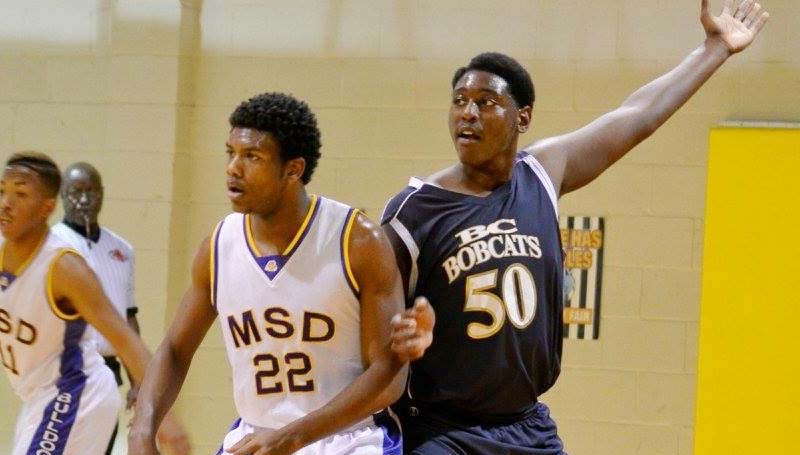 JACKSON – Bogue Chitto captured a division sweep over the Mississippi School of the Deaf Thursday night in Region 7-1A basketball action.

In the girls’ contest, the Lady Cats knocked off the Lady Bulldogs to claim a 65-33 victory.

In boys’ action, the Bobcats captured their first division win of the season with a 63-51 victory over the Bulldogs.

Bogue Chitto will resume division action Monday as the Bobcats and Lady Cats invade Walthall County to battle Salem. Junior varsity action begins at 5 p.m., followed by the varsity games at 6 and 7:30 p.m.

The Lady Cats’ high-powered offense was too much for the Lady Bulldogs as BC roared to a 17-4 lead in the first quarter and cruised to a 30-14 lead at halftime.

BC would hammered the Lady Bulldogs with a 35-19 run in the final two quarters to remain unbeaten at 3-0 in division action.

The MSD Bulldogs started off hot, but BC responded with a late run to secure a 14-11 lead to end the first period. In the second, both teams scored 11 points and the Bobcats carried a 25-22 advantage into halftime.

The Bobcats overpowered the Bulldogs with a 38-29 run in the final two quarters to secure their first win in division action.

“We played Bogue Chitto ball tonight,” said BC coach Mark Pitts. “We came out and hustled on both sides of the spectrum. This win is a good start for our momentum going into the district tournament.”

Jerome Smith was the top scorer for the Bulldogs with 14 points. Kenmarkis Meeks contributed with 11 points. Mark Campbell and Ricky Church both had six points apiece. Cortez Bullard had two points.