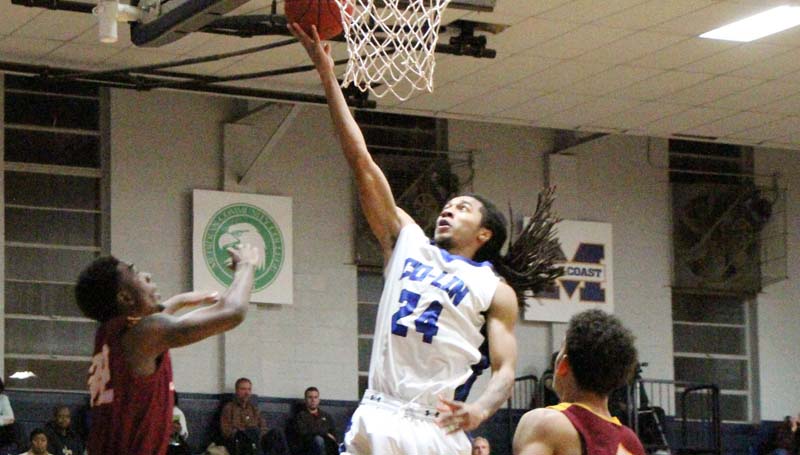 The Wolves (4-15, 2-8) look to bounce back from Monday when they travel to Decatur to take on the East Central Warriors. Tip off is set for 7:30 p.m. and can be heard live at www.colinathletics.com or on WMJU 104.3 FM in Brookhaven.

The Wolves saw a brief lead midway through the first half. The Bobcats quickly went on a nine-point run and never looked back. The Bobcats (13-4, 8-2) high paced offense quickly followed up with another 9-0 run pulling the game well out of reach for the Wolves. Midway through the second half, the Bobcats began find the basket with ease extended the led by as many as 29 points. But, Co-Lin kept fighting and eventually whittled the lead down to 13.

“We have to perform when it matters, it’s easy to come into the game and perform, we have to do that from the beginning,” said Co-Lin head coach Kenny Bizot. “We need to find consistency.”