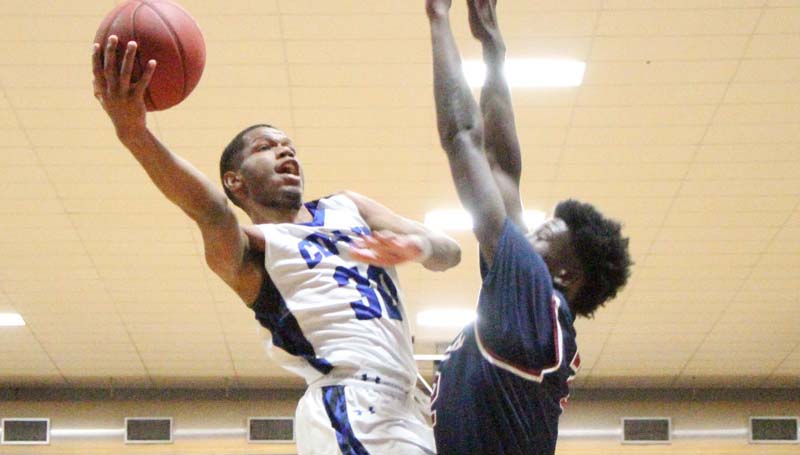 WESSON – The Co-Lin Wolves ended their season on a high note with a much-needed 67-58 win over South Division rival Southwest Bears in the final home game of the season Thursday night.

The Bears started the strong took a 10-point lead early in the first half, but the Wolves returned the favor with an 11-0 point run led by Darius Kennedy. The action continued to be back and forth with many momentum shifts, and 11 lead changes. Trailing by six points midway through the second half, Co-Lin went on another run and scored 12 quick unanswered points to take a six-point lead.

In the final minutes of the game the Wolves went on yet another run, this time seven points, to pull away and secure the victory.

“This was a big win for our program,” said Wolves head coach Kenny Bizot. “I am so happy and thrilled for our team, they deserved this victory and I’m proud of them.”

Freshman guard Jonathon Dalton led the Wolves in scoring with 21 points and dished out four assists. Sophomore Donte’ Watson, playing his final game in Mullen Gymnasium, was the other Co-Lin player in double figures scoring 17 points and pulling down 11 rebounds. Dearius Griffen came off the bench to add nine points, while Darius Kennedy chipped in eight points.

Terrell Miller had a game-high 23 points and eight rebounds for the Bears. Emanuel Thompson posted a double-double with 12 points and 10 boards. Lafayette Rutledge chipped in 13 points.