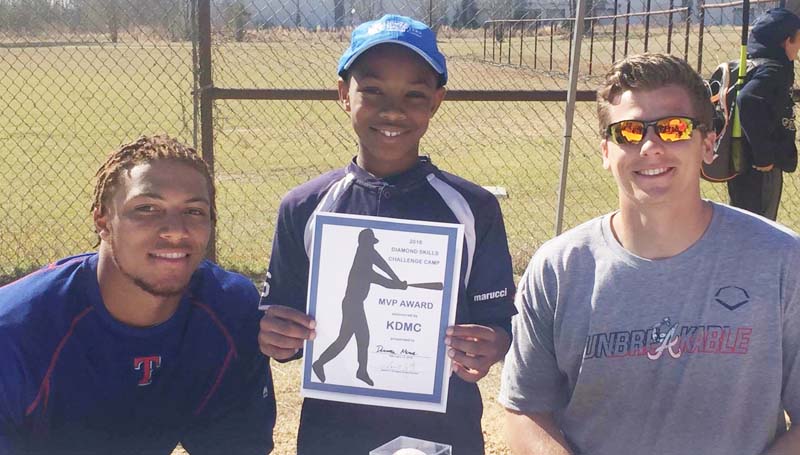 BUDE – Bradley Roney smiled when he saw the kids smile, and so did LeDarious Clark.

The current Major League Baseball prospects headlined Saturday’s Kids’ Camp in Bude where nearly 60 campers honed their skills in front of them.

Roney, a 98-mph relief pitcher in the Atlanta Braves organization, took time to help campers with the fundamentals before reporting to the Braves Spring Training home in Orlando, Florida later this week.

“It’s always good to teach those what you’ve learned from the ground up,” said Roney, who is a former Southern Miss All-American. “From the basic mechanics to just mound presence is a big deal with being a pitcher.”

Aided by Miami Marlins side-arm pitcher Colin Cargill, Roney stressed proper technique among the campers ranging in ages of 6 to 14.

“I had a great time,” said Donovan Moore, who received the KDMC Camp MVP Award. “I want to be a pro like these guys someday.”

LeDarious Clark, a rising outfield prospect in the Texas Rangers organization, worked with campers on hitting. Clark was drafted by the Rangers in the 12th round of the 2015 MLB Draft out of West Florida. He set a Rangers Rookie League record 18-game hitting streak in his first three weeks of joining Low-A Spokane.

“To me hitting is all about preparation, and putting in work when no else is around,” said Clark. “You have to stay in the cages and work at it. It’s a 365-day thing.”

Born and raised in Meridian, Clark was a two-sport star coming out of SE Lauderdale before focusing on baseball later in college.

“I played football and baseball at East Mississippi Community College my freshmen year, I started at running back but my first love was always baseball so I gave up the pads for the bat,” said Clark.

The move has paid dividends for the 5-10, 205-pounder, as he’s quickly rose up the ranks of the Texas Rangers prospects lists with smooth and agile play.

“Baseball is a game you always have to work at,” said Farris, who has coached several of today’s MLB stars in the Cape Cod League in recent years. “Today we had fun learning more about the game from some great guys, we had really good bunch of kids and parents that were real eager to take it all in that we talked about.”

After the camp several of the campers stood in lines to get Cargill’s, Clark’s, and Roney’s autograph. Roney, who seems destined to start the year in Double-A Pearl with the Mississippi Braves, was a quick draw as a fan favorite because of the Braves fanbase.

“I hope to make it to Atlanta soon,” said Roney. “That’s my dream, to pitch in the big leagues.” 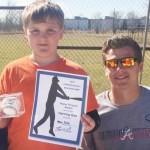 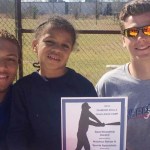 The Natchez Rehab and Sports Specialist Sportsmanship Award was presented to Albert Hunt IV by Ledarious Clark and Bradley Roney. 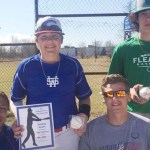 The Fish Fry Fielding Award was presented to Braxton Cooksey and Ashton Griffin by Ledarious Clark and Bradley Roney. 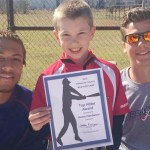