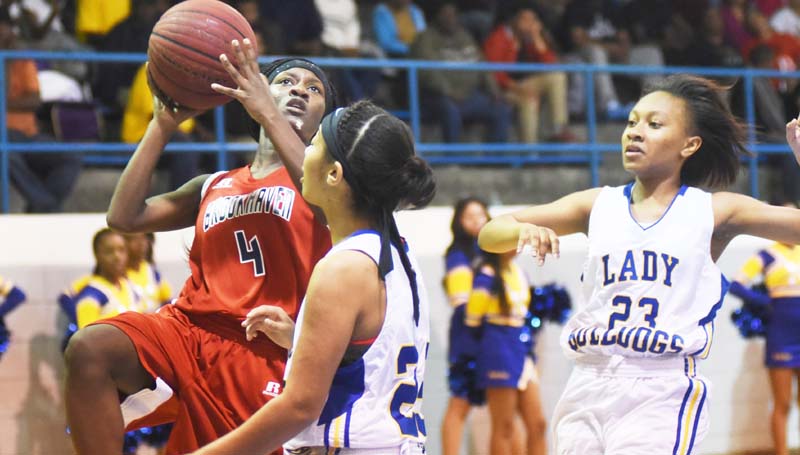 The Lady Bulldogs raced out to an 11-0 advantage in the early stages of the first quarter en route to racing past Brookhaven 43-28 in the MHSAA Region 6-5A tournament.

“We wanted to come out strong and make a statement,” Natchez girls coach Alphaka Moore said. “This is the division tournament. So it’s really good to come out and start off strong.”

Perhaps the only thing that could slow down the Lady Bulldogs offense Tuesday was a physical fight in the bleachers that halted play for several minutes. Two people exchanged punches before on-site officers managed to separate the individuals and escort them out of the building. The fight occurred approximately midway through the fourth quarter.

Natchez senior Skylar Morgan grabbed a team-high 10 rebounds to go along with four points in setting the tone for her squad on the boards.

“We just had to get out and play our game,” Morgan said. “We knew they were going to pressure us, so we just had to play and make sure we get to the Big House (MHSAA state semifinals).”

“They are the most experienced girls on the floor,” Moore said. “They know how to take their time and play well with each other, and that’s what we expect from them.”

Brookhaven started slow, turning the ball over and missing a number of point-blank shots.

The Lady Panthers’ strongest offensive quarter came in the fourth when it tallied 15 points, two more than it had recorded through three periods.

The Lady Panthers will play Wingfield High School Friday in the consolation game.

By Reed Desalvo, THE NATCHEZ DEMOCRAT