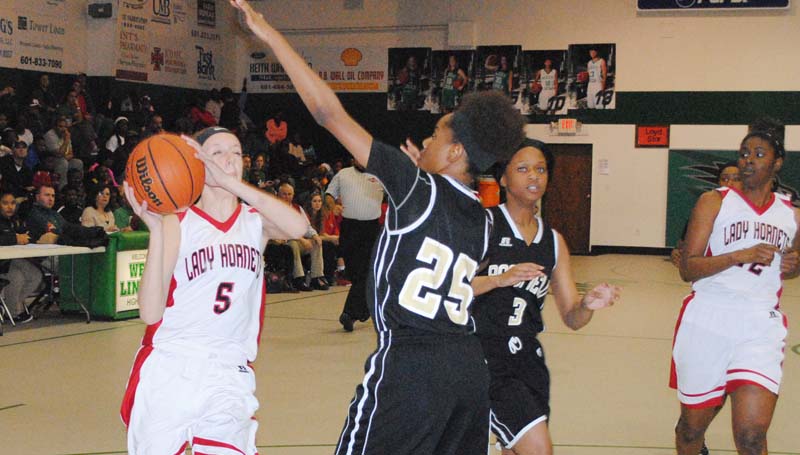 The Loyd Star Lady Hornets captured a 58-49 double overtime victory over the Bassfield Lady Jackets Thursday night to advance to the championship contest in Region 7-2A tournament action at Jack Case Gymnasium.

In boys’ action, the Hornets fell to the Prentiss Bulldogs 67-50.

Tournament action continues today as the Hornets battle the Bassfield Jackets in the boys consolation game at 5:30 p.m. The Lady Hornets will face the Amite County Lady Trojans at 7 p.m.

Loyd Star secured a 27-26 lead at halftime, but Bassfield rallied to take a 35-32 lead into the final period.

In the fourth quarter, Loyd Star answered with a 15-12 run to tie the contest at 47-47. In the first overtime, each school scored only two points to force another overtime.

In the second OT period, the Lady Hornets (20-1) blanked the Lady Jackets with a 9-0 run to capture the win.

“I am extremely proud of my girls’ effort,” said Loyd Star coach Gene “Moochie” Britt. “They fought hard throughout the whole game and found a way to get the win at the end. Bassfield has a very good team and they came ready to play. Overall, I am glad to get the win.”

Both teams went into halftime tied at 28-28.

In the second half, Prentiss came out hot and overpowered Loyd Star with a 39-22 run to secure the win.

“The guys came out and played really well in the first half, but in the second half, we just could not get anything going offensively,” said Britt. “Now, we must put this game behind us and prepare for Friday’s contest.” 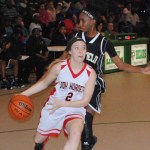 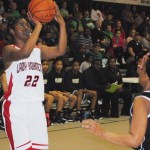 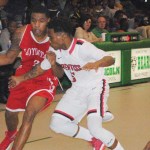 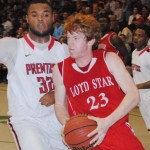