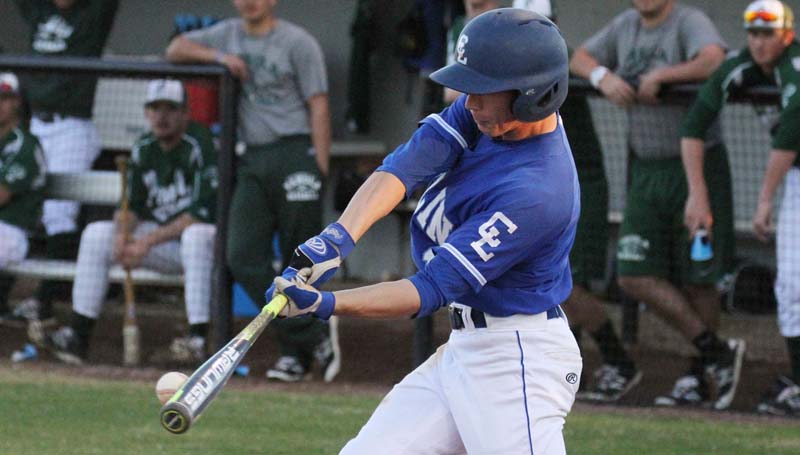 WESSON – The Co-Lin Wolves dropped a doubleheader Friday night to the Panola College Ponies (TX) 8-0 and 10-7 at Sullivan Field.

The Wolves travel to New Orleans to take on Delgado Community College for a doubleheader today, beginning at 1:p.m.

Panola took an early lead as Austin Sojka hit a solo homer in the top half of the first inning. The Ponies lead was extended in the third when Hector Morales hit a solo home run to give Panola a 2-0 lead.

The Ponies added a single run in the fifth, two runs in the sixth and had a plated three more runs in the seventh to extended the lead 8-0.

Jordan Antley suffered the loss for the Wolves giving up five runs (two earned) on six hits, striking out five and walking one in five innings of work. Steven Ginn relieved Antley in the sixth inning. He gave up one run on three hits and walked one.

Colton Brasher got the win for the Ponies holding the Wolfpack to only 2 hits in 3 innings. Also seeing action were Cayne Ueckert (five strikeouts, two hits, three innings) and Tyler Powell (two strikeouts, one inning).

Champ Davison went 2-for-3 with a pair of singles for the Wolves. Austin Irby and Tyler McLeod each added a single apiece.

For Panola, Sojka led the team with a home run and a double (2 RBIs). Morales had a home run. Logan Bailey had a double and a single (1 RBI). Jansen McCurdy and Jordan Gore (1 RBI) added a pair of singles.

Panola used the long ball and took advantage of four errors in the nightcap as four players hit home runs off Co-Lin pitching. The Wolves won the hitting battle 9-8, but couldn’t push enough runs across to get the win.

Co-Lin took an early lead after Irby scored on a passed ball in the first inning. In the second inning, Morales blasted a three run shot to left field that gave the Ponies a 3-1 lead. Landon Marshall followed with a solo shot to extend the lead to 4-1

J.T. Wright singled to lead off the bottom of the third inning. Courtesy runner Antley scored on an Irby ground ball as the Wolves cut the lead to 4-2.

Panola answered with a three run fourth inning extending the lead to 7-2. The Wolves rallied in the bottom half of the inning led by a base clearing double from Wright that scored Davison, Smith, and Oliver. Kewaun May brought courtesy runner Antley across bringing the Ponies lead down 7-6.

In the fifth, Panola’s Logan Bailey hit a solo shot over the centerfield wall to extend the Panola lead to 8-6. Morris followed with a hard groundball that scored Gore giving the Ponies a 9-6 advantage.

In the seventh, Sojka hit his second home run of the day deep to center field extending the lead 10-6. The Wolves made a late push in the bottom of the seventh after Wright’s RBI single to center plated Davison.

Austin Odom took the loss for Co-Lin giving up seven runs (three earned) on eight hits, three strikeouts, and one walk in four innings. Jackson Cole threw two innings allowing two runs (one earned), on two hits. Austin Douglas came in the game in the seventh and gave up one run on one hit and striking out one.

At the plate, Wright led the way with a home run and 2 singles (4 RBIs). Irby had a pair of singles (1 RBI. Adding support with a single apiece were May (1 RBI), Jeremy Moore, Kody Smith and Davison.