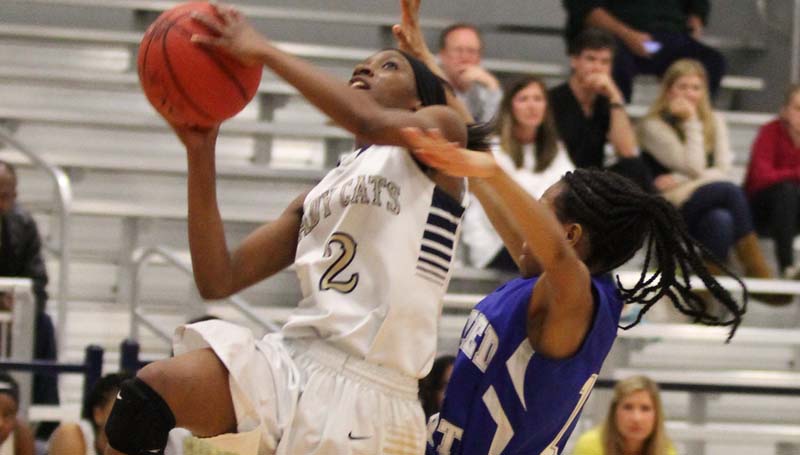 BOGUE CHITTO – The No. 1-ranked, in Class 1A polls, Bogue Chitto Lady Cats quickly dominated the Sacred Heart Lady Crusaders Monday to claim a convincing 78-17 victory in the opening round of the Class 1A state playoffs at the Bobcat Palace.

The Lady Cats (28-3, 4-0), coached by Christi Terrell, will continue playoff action Friday as they host the Durant Lady Tigers in the second round.

The Lady Cats kicked off the first quarter firing on all cylinders as they clobbered the Lady Crusaders to claim a 24-6 lead. In the second, the Lady Cats crushed Sacred Heart with a 23-6 run to close out the first half leading 47-12.

In the second half, Bogue Chitto didn’t let up as it held the Lady Crusaders scoreless in the third quarter and extended its lead with a 31-5 explosion to secure the blowout victory.

“We came out and started off really well,” said Terrell. “Now, we have to regroup and focus on our Friday night game against Durant. It is very important to play to our best ability now in the season because we have to win to keep advancing.”