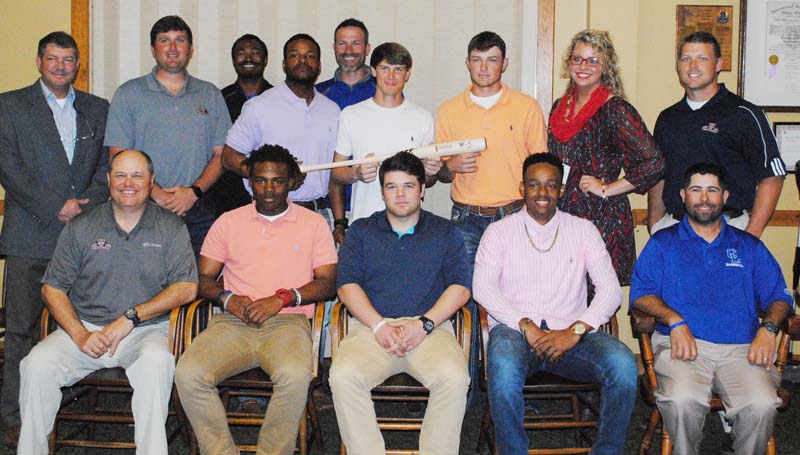 The three-game series begins Tuesday with a 5 p.m., nine-inning contest at Co-Lin. The series will move to Southwest Community College on Wednesday, March 16, for a double header, starting at 3 p.m. The Wolves have won the contest the last four seasons.

All three games will be live at colinathletics.com or southwestbearathletics.com. There will also a live radio broadcast.

“Co-Lin and Southwest’s baseball rivalry brings a lot of excitement to the communities. Both schools have a very rich tradition among each other and I am glad to be a part of it,” Southwest head baseball coach Ken Jackson said.

Jackson’s Bears are off to a 5-1 start this season.

“We are looking forward to a great series,” said Jackson. “Hopefully, we can take away the trophy from Co-Lin and bring it home to Southwest.”

Co-Lin head baseball coach Clay Smith thanked the sponsors for their support of the series.

“This series brings a lot of community supporters around to watch these two schools battle hard in a very tough rivalry,” said Smith. “I appreciate everyone’s contributions to this huge event.”

“Southwest and Co-Lin know each other real well,” Smith said. “We are all friends here and most of our players grew up here, so this is an very interesting hometown rivalry. Both teams have a lot of pride in beating the other. Overall, we are looking forward to another great challenge and we are looking to keep the trophy another year.”

Smith introduced assistant coaches Bryan Noble and Ronald Sims and three members of the Co-Lin baseball team – Austin Irby of Olive Branch, Jeremy Moore of Florence and Reed Taylor of North Pike. The Wolves are currently 1-5 on the season.

Chasing Foul Ball chairman Neil Randall of Summit filled in for the absent Robbie Hamilton at the event.

Randall thanked the title sponsor, McComb Coca-Cola Bottling Co., for their contributions to the classic’s success over the years.

“You have been a huge part in helping us continue this great tradition for the community and the schools. Coca-Cola Classic/Powerade has given a cash donation of $24,000 to these two great programs, which means a lot to both schools,” he said.