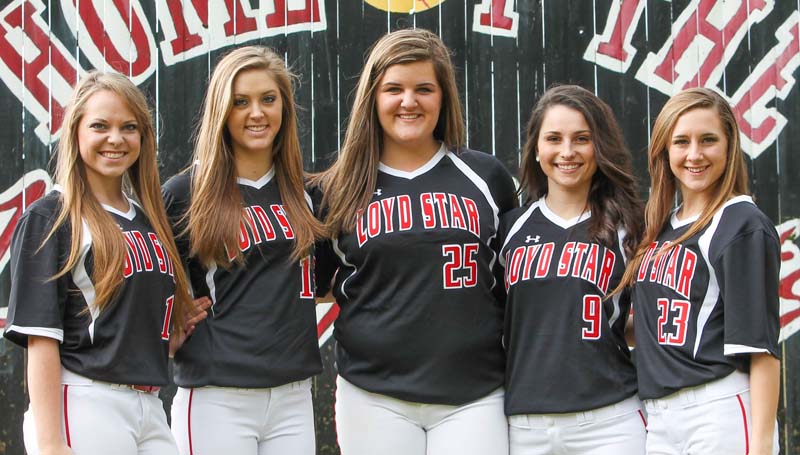 Defense, pitching, speed on the bases and experience will be Loyd Star’s strengths when the 2016 fastpitch softball season begins. The Lady Hornets kick off the season this weekend when they travel to play in the Gulf Coast classic Friday and Saturday.

The Lady Hornets participated in Lawrence County’s softball scrimmage Saturday and had a great showing in Monticello. Loyd Star secured a split in a double-header contest, beating the Sumrall Lady Bobcats 5-0 and falling to Lawrence County 4-0.

“I am looking forward to another great year,” said Loyd Star coach Jan Delaughter. “Our expectations are high this season and if we can stay healthy and be competitive, we should do really well.”

Delaughter, starting her 26th year at Loyd Star, and her Lady Hornets are ready to make another run toward a state championship.

The Lady Hornets have five seniors on the team – Megan Norton, Kelsey McCullough, Ali Gartman, Madison Jones and Julie Smith – who will be looked upon to provide leadership on and off the field.

In pitching, McKenzie Smith directed the Lady Hornets on the rubber with a 20-5 record and finished the season with an impressive 0.93 ERA. She had 93 strikeouts and gave up only 32 walks in 150 innings pitched. Smith also compiled 10 shut-out victories in the 2015 season.

Assisting Delaughter with the 18 players on her squad is assistant coaches Bo Case and Brooke Keene.

The Lady Hornets’ first regular season home game will be against the Richland Lady Rangers March 3. The junior varsity game will precede the varsity game, starting at 5:30 p.m.

2,3-second round of playoffs