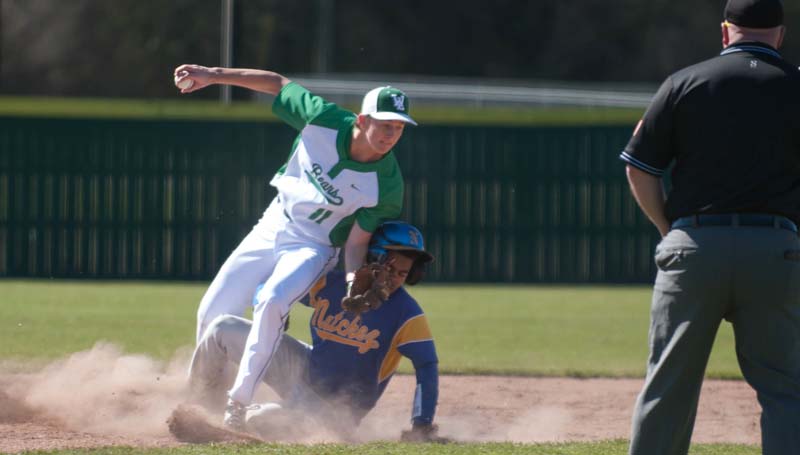 West Lincoln captured two wins in their own baseball classic Friday and Saturday as the Bears blanked the South Pike Eagles 19-0 Friday night and edged Natchez 5-4 in Saturday’s contest.

“Our guys had a great weekend,” said West Lincoln coach David Gilbert. “I still feel we are a young team that can improve but we played well this weekend. We had two good pitching performances this weekend from Seth Bivens and Daniel Spears that were huge for our team.

“Our hitters put the ball in play and made things happen and that is what it’s all about offensively,” said Gilbert. “I think that this season and the future of West Lincoln baseball is heading in the right direction.”

The Bears (2-0) continue action Tuesday as they travel to McComb to take on the Tigers in a varsity game only starting at 6 p.m.

In Friday’s contest, the Bears came out on fire in their season opener and clobbered the Eagles with 13 hits. They had only one error in the contest.

Seth Bivens was the winning pitcher for the Bears. He threw a no-hitter in three innings of work, collecting seven strikeouts.

West Lincoln collected five runs on 12 hits and committed three errors in the game. Daniel Spears was the winning pitcher for the Bears with six strikeouts and one walk. Spears allowed four runs over seven innings and gave up eight hits.

The Bears were sparked at the plate by Austin Burris with three hits followed by Lofton Sills and Fielder with two hits each.