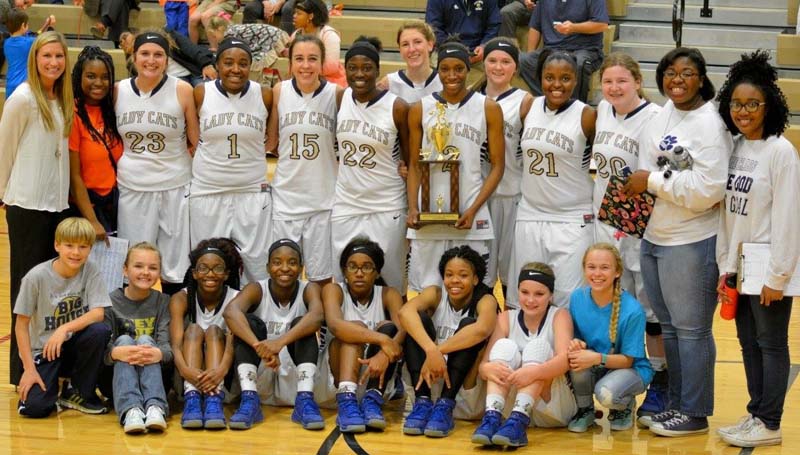 BOGUE CHITTO – The Bogue Chitto Lady Cats are three wins away from their first state championship since 1995.

The Lady Cats (29-3, 4-0) are ranked No. 1 in Class 1A polls. They blew through the regular season, winning several games by a wide margin and won the Region 7-1A crown undefeated. In the opening round of the Class 1A state tournament, BC blasted Sacred Heart 78-17.

On Thursday BC takes on the West Union Lady Eagles in the third round of the state tournament at Jackson State University. Tipoff is 10:30 a.m.

The Lady Eagles (26-10), coached by Matt Thompson, defeated Jumpertown 46-35 in the first round and Hamilton 54-38 in the second round to advance in the state tournament.

“We are a team based on playing team ball which is directed by seniors,” Terrell said. “We are a mature team and I expect the best from them. Getting to the state tournament is an accomplishment and it required us to play hard the last game against a good Durant team. All the teams are good at this level and we must want it more than anyone else.

Terrell’s squad has been together for several seasons, and a team-first mentality has helped BC get this far.

“They love each other and they know the team’s success is more important than anything,” she said. “We have to want it more than anyone else. We have to play both offensively and defensively at a high level. We must defend and prevent West Union from scoring easy baskets. We will need a complete team effort from everyone. We must play hard and have fun.”