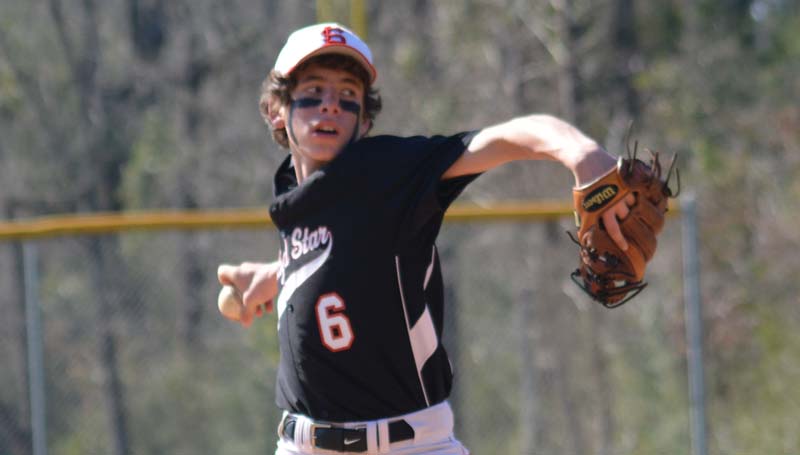 “Our hitters continued to stay hot for us, which allowed me to play a lot of kids today,” said Loyd Star coach Jared Britt. “Cade Hodges and Levi Redd pitched well and were able to keep East Marion off balance at the plate. Overall, I am glad to get the win, but now we have to get ready for district.”

The Hornets (3-2) will continue action Monday when they begin division play on the road against Bassfield. Junior varsity action begins at 5 p.m., followed by the varsity game at 7.

Loyd Star will return home to host the Yellowjackets Tuesday. Junior varsity action starts at 4:30 and varsity at 6:30 p.m.

The Hornets picked up where they left off Friday night and clobbered the Eagles in the first two innings to claim a 9-0 lead.

The score remained the same until the fifth, when East Marion managed to plate two runs to cut into Loyd Star’s lead. The Hornets would answer in the bottom of the fifth by scoring three more runs to clinch the victory.

Cade Hodges was the winning pitcher for the Hornets with five strikeouts and two walks. Levi Redd (2K, 3BB) also pitched in relief.

Javion Howard absorbed the loss on the mound for the Eagles with two strikeouts and five walks.

Joseph Lefebvre was the top hitter at the plate for East Marion with a triple. Karon Penry and Quincy Quin had a double each. Howard hit a single.