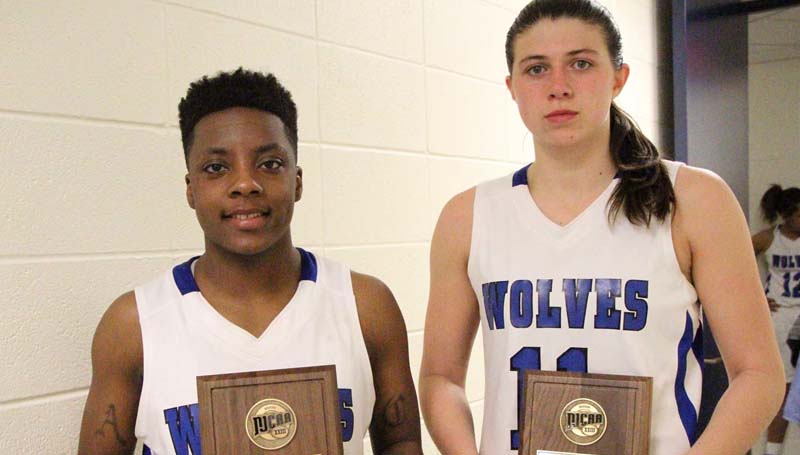 CLINTON – The Co-Lin Lady Wolves rally came up short as they fell to the Itawamba Lady Indians 68-64 in the NJCAA Region 23 Championship game Saturday night.

The Lady Wolves finished the season with a 23-5 record and NJCAA Region 23 runner-up. Itawamba (23-6) advances to the NJCAA National Tournament that begins March 14 in Lubbock, Texas.

Itawamba took the lead early in the game on a 9-0 run to take a 13-4 lead midway through the first quarter. The Lady Indians led 34-28 at the half as the Lady Wolves shot 29 percent from the field in the first half.

Co-Lin came out firing in the second half and cut the lead to 36-34 in the first two minutes. But the Lady Indians had an answer and extended their lead to 59-52 with just under six minutes to play. The Lady Wolves would battle back and pull to within one point three times, the last at 65-64 with 17 seconds left on an Alexis Collins drive.

The Lady Wolves had an opportunity with an inbound play under the basket to score a go ahead basket in the final seconds, but were unable to execute.

Sophomore Kelley Allen led the Lady Wolves with a game-high 24 points. She also brought down nine rebounds and had five blocked shots. Jamilah Sanders and Alexis Collins both finished the game with 11 points each. Collins grabbed six rebounds in the game.

Allen and Collins were both named to the NJCAA Region 23 All-Tournament Team.

Ieysha Mays led the Lady Indians with a double-double. She scored 21 points and brought down 11 rebounds. Marlee Hatcher netted another 10 points for ICC.