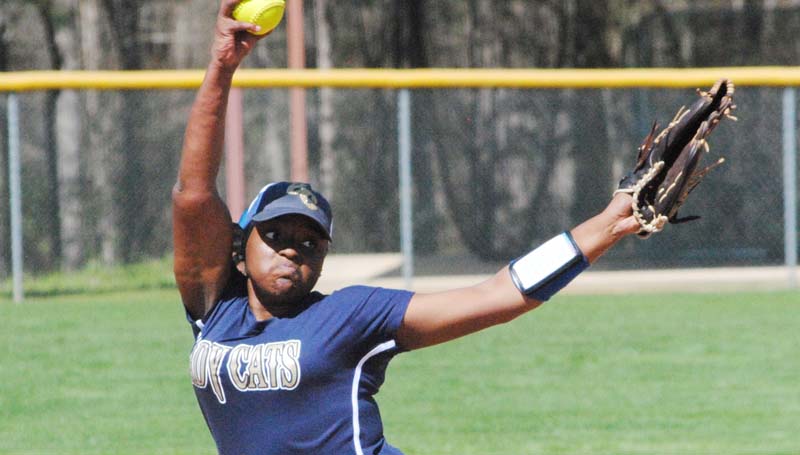 The Lady Cats defeated the West Lincoln Lady Bears 3-0 in Game One and edged the Lawrence County Lady Cougars 3-2 in the finale.

The Lady Cats (5-2), coached by Scott Leggett, will resume action today as they visit Wesson to take on the Lady Cobras in an early contest. The varsity game will begin at 11 a.m., followed by the junior varsity contest.

The Lady Bears (4-2), coached by Andrew Redd, will also be in action today as they host the Salem Lady Wildcats. The junior varsity game will start at 5 p.m., followed by the varsity game at 6:15 p.m.

The Lady Cats and the Lady Bears battled in a scoreless game in the first two innings, before Bogue Chitto plated two runs in the third.

Bogue Chitto held the Lady Bears scoreless throughout the game, while it pushed across one more run in the bottom of the sixth inning to secure the victory.

“This was a good win,” said Leggett. “We are glad to get our players back from the basketball team. Everyone stepped up and played well today. Christian Black pitched a really good game for us in the circle in her first game back.”

Black was the winning pitcher for the Lady Cats with seven strikeouts and one walk.

Meagan Gerald absorbed the setback for the Lady Bears with one strikeout and three walks.

“We made too many errors to compete with Bogue Chitto today,” said West Lincoln coach Andrew Redd. “We hit the ball okay, but we struggled to get our bunts down to move our runners into scoring position.”

Kayci Beth Wallace led the Lady Cats with two singles. Julianna Frazier and Alece Nettles had a single each.

In the nightcap, the Lady Cats fought in another defensive contest with the Lady Cougars. Bogue Chitto captured an early lead, scoring one run in the bottom of the first and second innings to secure a 2-0 advantage. 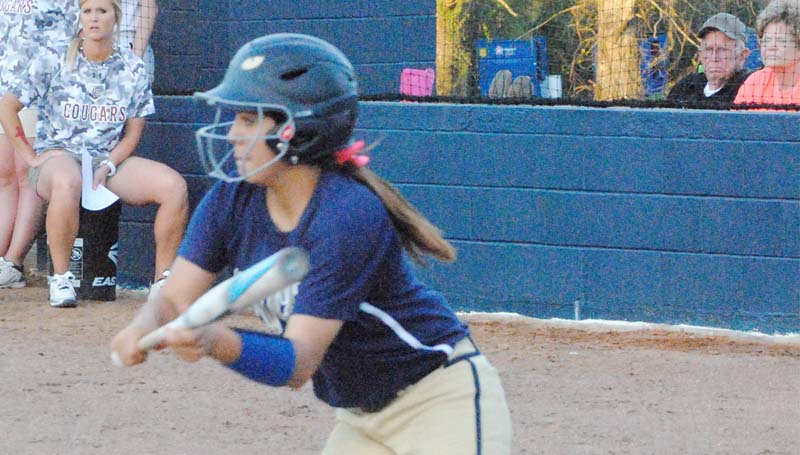 The Lady Cats would add one more run in the bottom of the fourth inning.

The Lady Cougars managed to break up Bogue Chitto’s shutout in the top of the seventh inning when they scored two run with no outs. The Lady Cougars had the potential game-tying run on second base, but Bogue Chitto recorded the final three outs to clinch the win.

“This was a battle until the very end,” said Leggett. “Both teams played hard. Alana Nettles pitched a great game to help us collect the win. Lawrence County has a very good team.”

Codi Leggett was the winning pitcher for the Lady Cats with no strikeouts and two walks. Nettles took over in the third inning to pitch in relief after Leggett suffered an injury. Nettles finished the game with four strikeouts and one walk.

Jordan Harp suffered the setback in the circle for the Lady Cougars with eight strikeouts, three walks and one hit batter.

Callie Fortenberry directed the Lady Cougars at the plate with a double and a single. Josie Nations, Maddux Kirkland and Elizabeth Smith ripped a pair of singles each. Sydney Pevey provided a double and Tyrenesha Davis had a single.

“We have got to do a better job defensively if we expect to win games like this,” said Howard.

Stevie Montgomery and Julianna Frazier were the top hitters at the plate for Bogue Chitto with a single each.