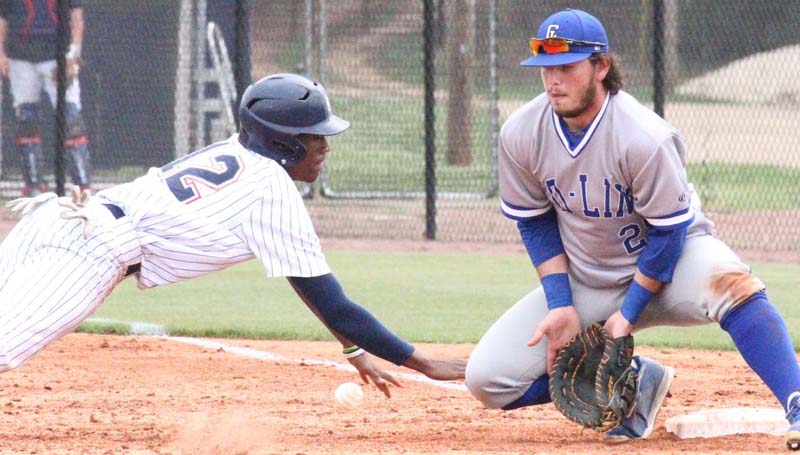 The Wolves took a 3-1 win the third and deciding game of the best-of-three series claim the title. The Bears rallied to take game one in 6-5 in 11 innings. Co-Lin claimed a 16-6 victory in game one on March 3 in Wesson.

The Wolves (5-10) travel to Meridian for a doubleheader on Saturday, March 19, at 2 p.m. Listen live at www.colinathletics.com or on WMJU 104.3 FM in Brookhaven.

“It was a tough split today on the road,” said Co-Lin head coach Clay Smith. “I thought both teams played well in both games. Cole Langdon and Miles Thomas both had great outings on the mound and gave us a chance to win. It was good to see our guys battle back, after a heartbreaking in game one, and win game two to take the three game series and keep the Coca-Cola/Powerade trophy in Wesson. Thanks to Coca-Cola for their contribution to the series between Co-Lin and Southwest.”

It took almost three hours to play as the Bears scored the winning run in the bottom of the 11th inning to squeak out a 6-5 win and tie the Coca-Cola Baseball Challenge at one game apiece.

After two scoreless innings, the Bears scored two runs in the bottom of the third inning. Dylan Spiers reached on a fielder’s choice. L.D. Coney reached on an error. Brady Anderson smashed a two-run double to right field to give the Bears a 2-0 lead.

The Wolves would tie the game at two-all in the top of the fourth inning. Jeremy Moore led off the inning with a single to center. Reed Taylor followed with single to center field advancing Moore to third. Courtesy runner Matthew Mordecai would steal second base as Moore scored on an error to close the Bear lead to 2-1. T.J. Wright with hit a sacrifice fly to center that would plate Mordecai to tie the game.

Co-Lin would take a 4-2 lead in the top of the fifth inning. With one out Austin Irby would draw a walk. Champ Davison would get hit by a Jacob Buchanan pitch. Moore would single to right scoring Irby. Davison would score on a Taylor ground ball to third.

The Bears would pick up a run in the bottom of the fifth. Zach Giacona would reach second on a two-base error. Coney’s grounder would score Giacona to close the Co-Lin lead to 4-3.

Southwest would tied the game in the bottom half of the sixth inning. Walt Aldridge would draw a lead off walk. Courtesy runner Jarvis Warner would steal second base. Steven Williams would rip an RBI single to left field to plate Warner and tie the game at four-all.

The Wolves would take a 5-4 in the top of the ninth inning. Irby would draw a lead off walk. Davison would sacrifice Irby to second. Moore would single to center field to score Irby.

The Bears would again tie the game in the bottom of the inning. With one out, pinch hitter Duncan Cornfoot would single to center. Warner would pinch run for Cornfoot. Spiers would sacrifice Warner to second base. Coney would rip an RBI single to center field to score Warner.

In the bottom of the 11th inning, Williams led off the inning with a double to left field. Tanner Whittington sacrificed Williams to third. Spiers would reach on an error to score Williams to give the Bears a 6-5 win.

Tanner Jones absorbed the loss for the Wolves allowing one unearned run on one hit and striking out one in 1.2 innings. Starter Cole Langdon gave up two earned runs, struck out seven and walked one in nine innings of work.

Spiers would record the win for the Bears working the final three innings. He allowed one hit and struck out four. Starter Jacob Buchanan allowed three earned runs on six hits, struck out four and walked two in 4.1 innings. Also seeing action for Southwest were Braden Smith (3.2 innings, 1 hit, 2 strikeouts, 1 walk) and Darian Tunstal (1 earned run and 1 walk in 0 innings).

At the plate for the Wolves, Moore went 3-for-5 with 2 RBIs. Davison and Taylor (1 RBI) had a pair of singles. Hitting safely was Oliver. Wright had an RBI.

For the Bears, Williams had a double and a single for an RBI. Coney had a pair of singles for two RBIs. Anderson doubled (2 RBIs), Ross Buckley doubled. Cornfoot added a single. 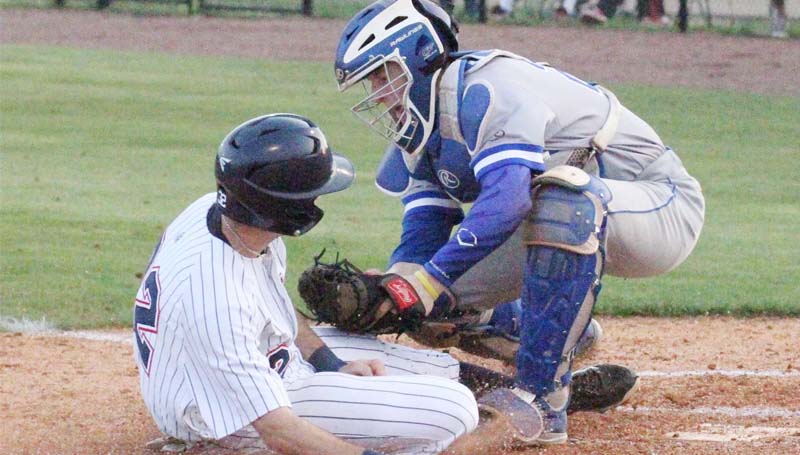 The Wolves took the deciding game of the Coca-Cola Baseball Challenge 3-1 to keep the trophy.

Co-Lin took a 1-0 lead in the top of the second inning. With one out, Tyler McLeod singled to left field and stole second. Mordecai singled to center to plate McLeod and give the Wolves a 1-0 lead.

With one out in the third inning, Taylor rifled a double to left field. Wright reached on an error that sent Taylor to third base. Jordan Antley hit a sacrifice fly to center that would score Taylor and put the Wolves up 2-0.

In the top of the fourth, McLeod led off with a double to left field. Kody Smith drew a walk. Mordecai reached on an error to load the bases. Irby reached on a fielder’s choice grounder that plated Irby to increase the Co-Lin lead to 3-0.

The Bears would get on the scoreboard in the bottom of the sixth inning. Anderson led off with a triple to center. Ross Buckley’s single to center would drive in Anderson to close the gap to 3-1.

In the bottom of the seventh, Southwest would try and mount a rally. With two outs, Coney doubled to left field. Anderson and Aldridge were both hit by a pitch to load the bases. Co-Lin’s Austin Douglas was able to get Buckley to ground out to second to end the rally.

Thomas would pick up the win for Co-Lin allowing one earned run, scattering five hits, striking out seven and walking three in 5.1 innings. Douglas picked up the save giving up one hit and strikeout out two in 1.2 innings.

At the plate, McLeod and Mordecai (1 RBI) led the way with a double and a single apiece. Taylor doubled. Adding support with a single apiece were Davison and Moore. Irby and Antley each had an RBI.

Kaleb Clarke had a double and a single to lead the Bears. Anderson tripled. Coney and Tunstal had a double apiece. Adding support was Buckley (1 RBI).