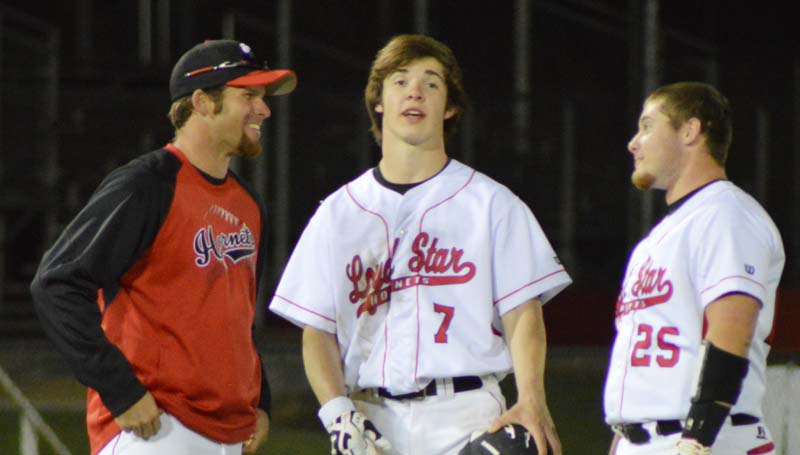 In Saturday’s contest, the Hornets defeated the Wesson Cobras 10-2.

Loyd Star (6-3, 2-0), coached by Jared Britt, will be in action today as the Hornets host the Prentiss Bulldogs. Junior varsity action begins at 4:30 p.m., followed by the varsity game at 6:30 p.m.

Terry captured a 4-0 lead after three innings, but the Hornets rallied back to cut into the lead at 5-3 by plating one run each in the bottom of the third, fourth and fifth innings.

The Bulldogs added three more runs, in the sixth and seventh innings, to close the contest.

“Our bats did not come out tonight like we needed,” said Britt. “We struck out too many times. We have to do a better job at putting the ball into play and put pressure on the defense. Hats off to Terry, they are a solid ball club with a lot of senior leadership. Hopefully, we can bounce back and pick up another big district win against Prentiss.”

Patrick Hodges was the winning pitcher for Terry with four strikeouts and two walks.

Parker Flowers suffered the setback on the mound for the Hornets with three strikeouts and five walks. Lane Rogers (0K, 2BB) also pitched in relief.

Chris Wilson led the Bulldogs’ attack with a homerun and a double. C.J. Hughes had a double and two singles. Isaiah Davis and Hodges ripped a double each.

With Wesson leading 2-1 after three innings, the Hornets caught fire and outscored the Cobras 9-0 in the final four innings.

Jeremy Smith suffered the setback for Wesson with five strikeouts and three walks.

Tucker Watts powered the Hornets at the plate with a three-run homerun and two singles. Flowers provided two doubles and a single. Lamar Land contributed a double and a single. Allen and Redd hit a double each. Bradyn Brister had a single.

Smith paced the Cobras with a double and a single. Will Hulon had two singles. Bolon Tadlock ripped a double. Alex Mooney and Preston Middleton hit safely.