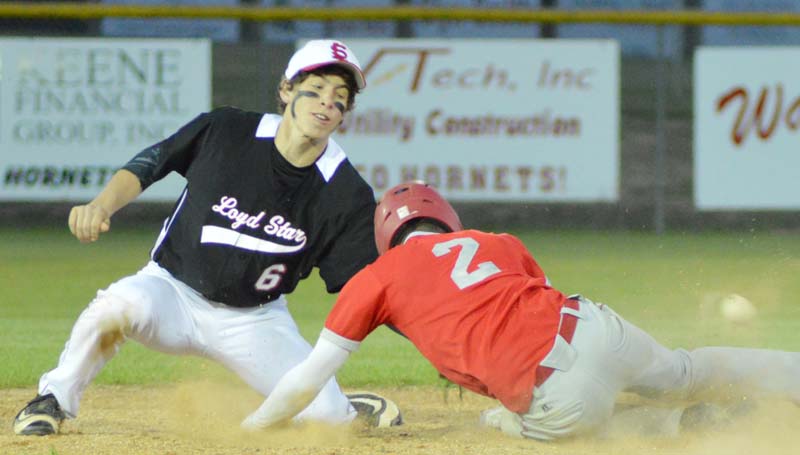 The Loyd Star Hornets improved their division record to 3-0 on the season after knocking off the Prentiss Bulldogs 12-2 Tuesday in Region 7-2A baseball action at Smith Field.

“We came out sluggish in all aspects of the game,” said Loyd Star coach Jared Britt. “We were not mentally prepared after battling Terry in a tough game Monday night. Thankfully, we were able to get some key hits and get runners on from Prentiss’ miscues. Overall, I am glad to get the division win.”

The Hornets (7-3, 3-0) will travel to Prentiss Thursday to finish the division series. Junior varsity action begins at 5 p.m., followed by the varsity game at 7 p.m.

Trailing Prentiss 2-0 in the bottom of the first inning, Loyd Star rallied back to score three runs to take over the lead at 3-2. The Hornets continued to add to their lead, outscoring the Bulldogs 9-0 in the final five innings to collect the win on a 10-run mercy rule in the sixth.

Levi Redd was the winning pitcher for the Hornets with nine strikeouts and one walk.

Fred McCollum suffered the loss on the mound for the Bulldogs with four strikeouts and nine walks.

H.J. Walker recorded the only hit for the Bulldogs at the plate with a single.

Bradyn Brister was the winning pitcher for the Hornets.

Cole Smith directed the Hornets’ attack with a double. Dylan Smith and Patrick Price provided a single each.