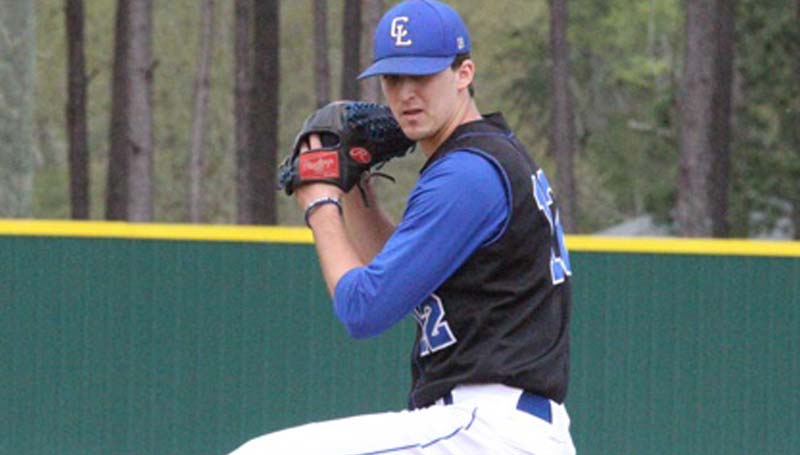 WESSON – The Co-Lin Wolfpack dropped a pair of games to Jones County 3-2 in the opener and 11-1 in the nightcap Tuesday night.

The Wolves (7-16) will host Northwest on Saturday for a doubleheader at 2 p.m. Watch live at wwww.colinathletics.com or listen on WMUJ 104.3 FM in Brookhaven.

The Wolves played well in game one, but their rally fell short.

Jones scored the first run of the game in the second inning after the Wolves stranded two runners in the bottom half of the first. John Allen Wall reached home safely on a fielder’s choice.

Co-Lin tied the game in the third inning after Matthew Mordecai singled to left bringing in Austin Irby who reached on a triple to start the inning.

Jones regained the lead at 2-1 in the fifth after a long double to left that barely stayed in the ballpark.

In the eighth, the Bobcats extended their lead to 3-1 on a sacrifice fly.

The Wolves tried to rally in the bottom of the ninth inning. With one out, Reed Taylor singled to right field. Kody Smith drew a walk. Irby singled to left field to load the bases. Champ Davison belted a single to center to bring in pinch runner Lee Smith. Pinch runner Justin Oliver attempted to score the tying run, but was thrown out at the plate. The Wolves left Irby and Davison stranded.

Davison led the Wolves from the plate going 3-for-5 and driving in a run. Irby had a triple and a single. Taylor added a pair of singles. Also hitting safely were Mordecai (1 RBI) and Jeremy Moore.

Tanner Huddleston led the way for the Bobcats with a pair of doubles (1 RBI). Adding support were Clint Sasser (1 RBI) and Dalton Skelton (1 RBI).

Jones was in full command of game two as the game was called after just five innings of play due to the 10-run rule.

The Bobcats took a 2-0 lead in the first inning.

Austin Irby led off with a triple in the bottom half of the first inning. Irby later scored on a past ball to cut the lead to 2-1.

The Bobcats pounded in five runs in the second inning aided by two triples, an error, hit batsman and passed ball.

The game remained 7-1 for several innings of play until the Bobcats offense struck again in the fifth. The team knocked in four more runs to give the Jones a 10-run lead.

Reed Taylor led the Wolves at the plate with a pair of singles. Irby tripled. Kody Smith, and Jackson Twitty added support with a single apiece.

J.D. Evens suffered the loss for the Wolves giving up seven runs (three earned), on seven hits in 1.2 innings. Also seeing action on the mound were Ryan Cullop (one hit, one strike out 2.1 innings) and Austin Odom (two hits, three walks, one inning).

Starter Calder Mikell earned the win for Jones allowing one unearned run, scattering four hits, striking out three and walking one in four innings. Jay Simpson pitched the final inning allowing one hit and striking out one.