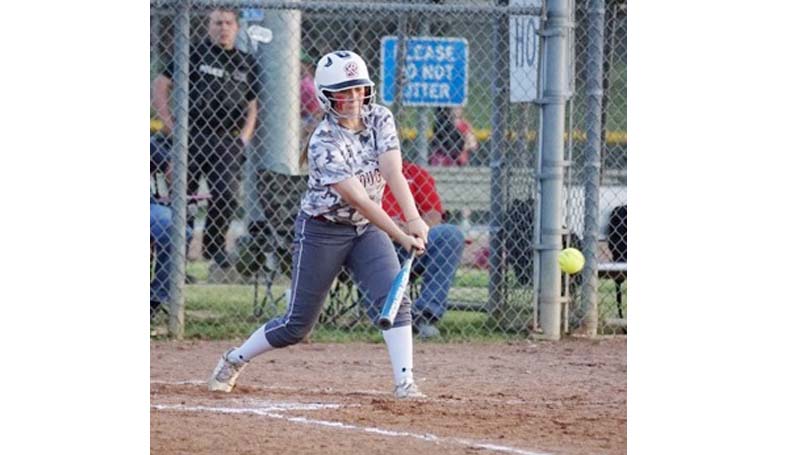 Daily Leader / Jana Harp / Lawrence County’s Sydney Pevey (8) powered the Lady Cougars’ hitting Tuesday against Richton. Sydney was 4-4 at the plate with a home run, a double, two singles and had four RBI’s.

The Lady Cougars, coached by Meleah Howard, will be in action today as they host Raymond. Junior varsity action begins at 5 p.m., followed by the varsity game at 6:15 p.m.

The Lady Cougars scored four runs in the top of the third inning to break up the scoreless contest. The Lady Rangers battled back in the bottom of the third and scored two runs to keep the game close at 4-2.

Jordan Harp was the winning pitcher for the Lady Cougars with 11 strikeouts and two walks.