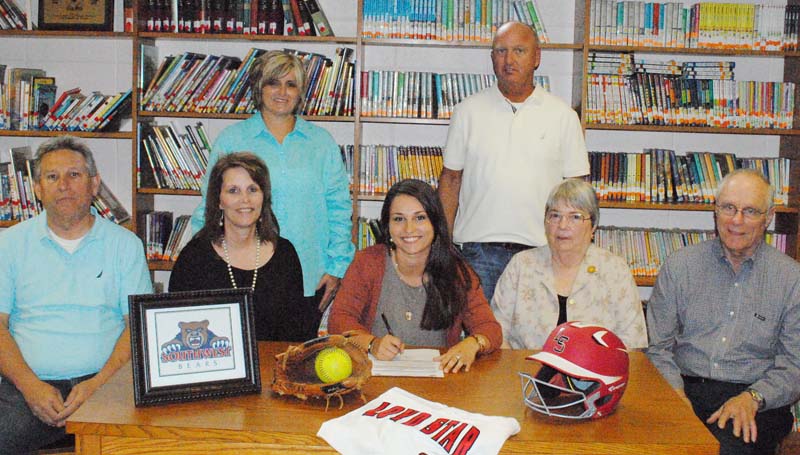 Jones signed her official scholarship papers Thursday in the Loyd Star library. She is the daughter of Stan and Debbie Jones.

“I’m excited to have the opportunity to play softball at Southwest,” said Jones. “The coaches showed a lot of interest in recruiting me and I feel like that is where I need to be. I cannot wait to get started.”

Jones said she plans to get all of her general studies out of the way at Southwest so she can major in nursing at the University of Southern Mississippi.

Jones is an honor roll student at Loyd Star and a member of Mississippi Scholars.

Currently in her senior season, Jones has a .348 batting average for the Lady Hornets with three doubles and five RBIs. She has a .750 stolen base percentage and her fielding percentage is .960.

“I am very proud for Madison Jones and her accomplishments,” said Loyd Star softball coach Jan Delaughter. “She is very deserving of this opportunity to play softball at the next level. Jones has worked really hard to get where she is at today. Southwest will be gaining a good asset, not only on the field, but in the classroom as well.”