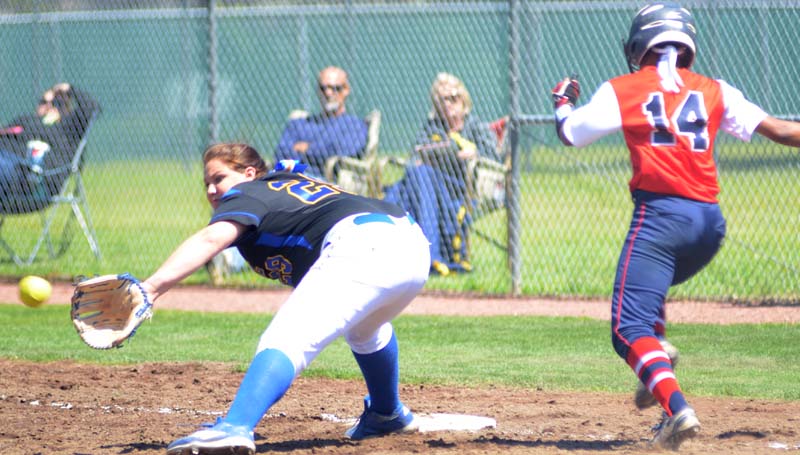 The Lady Panthers blanked the Franklin County Lady Bulldogs 12-0 and defeated the Sumrall Lady Bobcats 3-1 at the Brookhaven softball complex.

“The girls played two solid games today,” said BHS coach Mandy Vinson. “We put the ball in play when we needed to and did a good job defensively. Both pitchers hit their spots very well today.”

The Lady Panthers (12-4, 1-0) will continue action Monday when they visit Enterprise to take on the Lady Yellow Jackets. Junior varsity action begins at 5 p.m., followed by the varsity game at 6:30 p.m.

The Lady Panthers offense came to life in the bottom of the second with a nine-run surge to take a commanding 9-0 lead. Brookhaven added three more runs to extend its lead to 12-0 and secured the victory in a four-inning contest.

Madison Thompson was the winning pitcher for the Lady Panthers with four strikeouts and two walks.

Emilee Wallace suffered the loss on the rubber for the Lady Bulldogs with one strikeout and three walks.

Brandi O’Neall recorded the only hit for Franklin County with a single.

In the second game, Brookhaven and Sumrall battled back and forth in a defensive contest after both teams scored one run in the first inning.

The score remained the same until the bottom of the third, when the Lady Panthers managed to take advantage of a couple of Sumrall errors to push across two runs. They held on to secure the win in five innings.

Katherine Shell pitched the win for BHS with five strikeouts and no walks.

Ember West absorbed the loss for the Lady Bobcats with three strikeouts and four walks.

Abigail Thexton was the leader at the plate for Sumrall with a single.