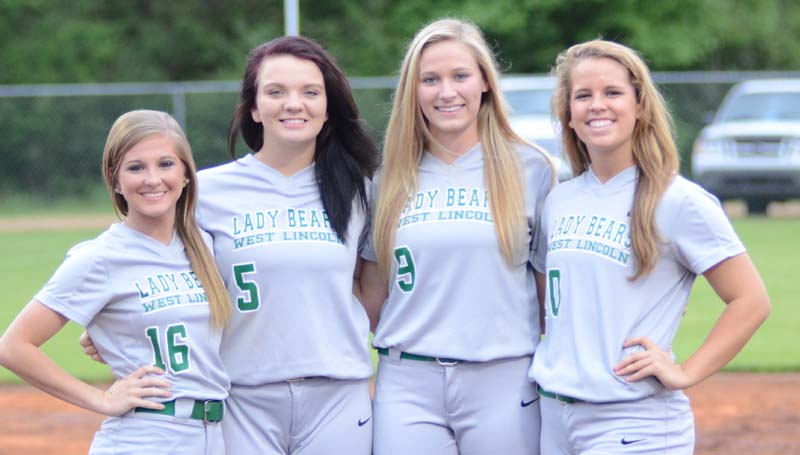 “This was a great win against a good team,” said West Lincoln Andrew Redd. “Our defense, hitting and pitching worked really well together tonight.”

The Lady Jackets (11-9, 6-1), coached by Charissa Burke, will resume division action Thursday when they visit Loyd Star to battle the Lady Hornets. Junior varsity action begins at 5 p.m., followed by the varsity contest at 6:30 p.m.

The Lady Bears (10-6, 5-3) will also be in action Thursday when they invade Walthall County to take on the Salem Lady Wildcats. Junior varsity action begins at 5 p.m., followed by the varsity contest at 6:15 p.m.

The Lady Bears and the Lady Jackets battled in scoreless contest until the third inning when Enterprise pushed across the first run to take a 1-0 lead.

The Lady Bears would quickly answer Enterprise’s challenge, scoring two runs to secure a 2-1 lead. The Lady Jackets would tie the game at 2-2 in the top of the fifth inning. 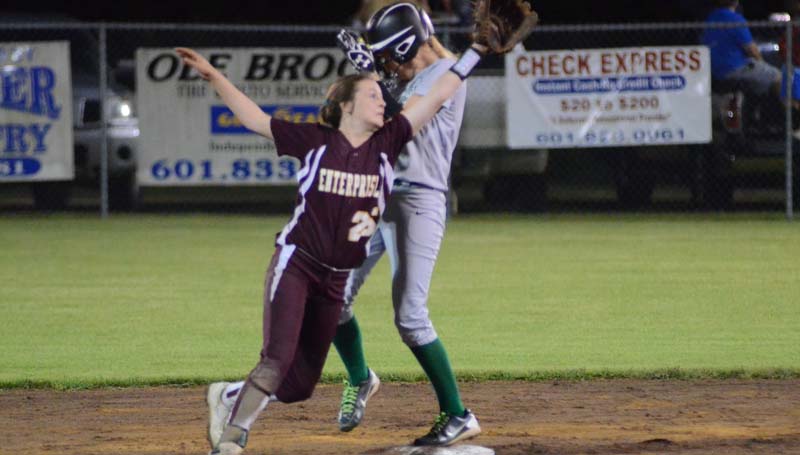 In the bottom of the fifth, the Lady Bears capitalized on a few Enterprise miscues with two outs to take control of the contest by plating five runs to lead 7-2. In the sixth inning, both teams traded a run each.

With West Lincoln leading 8-3 in the seventh, the Lady Jackets threatened to rally back by scoring two quick runs. With the bases loaded, West Lincoln’s defense stood strong and collected the final three outs to preserve the win.

“We did not play well enough to get the win,” said Burke. “West Lincoln did a good job making the plays that they needed to get the victory. Overall, I was pleased with my girls’ efforts. Now, we have to regroup and get ready for a tough division test against Loyd Star Thursday.”

Megan Gerald was the winning pitcher for the Lady Bears with two strikeouts and two walks.

Haley Nations suffered the setback on the rubber for the Lady Jackets with 11 strikeouts and three walks. Carlee Nations (2K, 0BB) pitched the final two innings in relief.

Kristen Walker tossed the win for the Lady Jackets with eight strikeouts and no walks.

Ashley Tabor absorbed the setback for West Lincoln with one strikeout and three walks.

Jana Case paced the Lady Bears with a single.